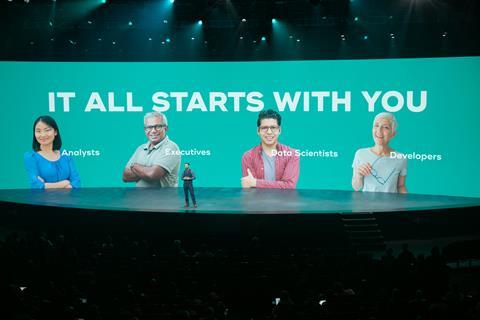 “If you want to be more like a tech company, you have to manage your data and analytics in a different way. That means ripping out the commoditised data from the walls where it’s been plumbed in by the IT people, and sticking it on the boardroom table.”

As telcos pursue digitalisation, there is a growing tendency to study the giants of the tech sector as exemplars of what needs to be done for a business to become data-led. Emulating these pioneers requires bold action across the entirety of operations, instead of focusing on smaller tactical increments.

This view chimes strongly with changes currently in motion at BT Group. When Harmeen Mehta, the operator’s new Chief Digital and Innovation Officer, discussed how she intends to go about implementing a major cultural reset within the business, she revealed a key factor in her deciding to take on the task. The former Bharti Airtel Chief Information Officer (CIO) highlighted how she “drank the Kool-Aid of what BT can be” when Group Chief Executive (CEO) Philip Jansen set out his vision of the operator becoming a Techco and highlighted the scale of the opportunity he sees ahead.

Mehta referred to a period of a few months where she found herself essentially writing strategy papers for BT while weighing her options on moving from a role in a relatively young, lean and entrepreneurially-driven disruptor in India to the UK incumbent that she described as both “national icon” and slow starter on the transformation path. Jansen, a disruptive fintech veteran himself, appears to have convinced her of the potential of making the most of being a digitalisation late-adopter to leapfrog a generation of technology and innovation and start a “future chapter” for the business.

To achieve this turning of the page, the European telecoms team at Teradata believes that data must be given the status of an operator’s most valuable asset. 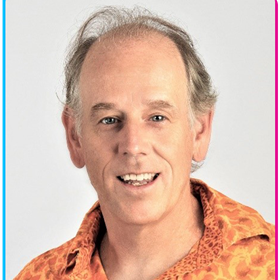 Telcos have the opportunity to embrace data-led strategies across their businesses, but bolder decision-making is needed.

This may mean elevating oversight of data from IT teams and “sticking it on the boardroom table”, according to the Teradata team. This view is echoed by Stephen Brobst, Teradata’s own Chief Technology Officer (CTO), who urges more ambitious interpretation of the value of data in telco networks.

“If you think of the network as the plumbing, telcos have largely used data to manage their plumbing more effectively, but have not for the most part used the data to create ‘data-as-a-product’. I don’t mean gathering data and then selling the data back, but, rather, taking the data and then creating new services and capabilities that customers will want to consume.”

A key way in which the Teradata team believes operators must think differently is in moving beyond data silos, which are an inevitable by-product of current tactical uses of data. The endgame in Teradata’s vision is for all of a telco’s data to be available seamlessly across the organisation in an orchestrated, secure and scalable platform, whether held in the cloud or locally.

Next generation leaders fluent in data

The team at Teradata predicts that having total command of data will define the next generation of leadership at telcos.

In the US, there are indications that telco CTOs or CIOs may be primed for more strategic roles, and, with Mehta’s background as a CIO at Bharti Airtel and elsewhere, BT looks to be following this trend.

Marketing is also a prepping ground for data-native leaders of the future, with data already proving its value and thus enabling a strong understanding of its potential and benefits. Within BT Consumer, CEO and former marketer Marc Allera appears keen to embrace the value of data alongside his Managing Director of Marketing, Christian Thrane. 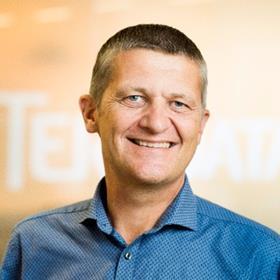 Michael Ingemann, regional Director of CFO Services at Teradata, suggests that this change can begin with the finance function, with chief financial officers (CFOs) recasting their mindsets to “think differently” when considering analytics and reporting. “You have to remove the siloes. You have to have one place where you can connect data —your SAP and non-SAP data —and then develop automated data foundations which are supporting all these thousands of different analytical tasks you have within finance”, he advises.

Brobst concurs on the limitations that siloed-data brings, adding that, while individual bunkers may bring benefits on a case-by-case basis, “the value of data multiplies when you integrate it”. While BT Group has a Chief Digital Innovation Officer in place to oversee key elements of a Techco transformation, its CFO Simon Lowth may also have a key role in acceleration of Group evolution. When Michael Sherman, erstwhile Chief Strategy and Transformation Officer, left the company in 2020, his responsibilities surrounding corporate strategy were added to Lowth’s remit, with the remainder assigned to Mehta.

An operator where the CFO’s position at the heart of digitisation has become clear is Telekom Deutschland, whose parent Deutsche Telekom is the second-largest stakeholder in BT Group. It revealed in 2020, during TM Forum’s Digital Transformation World Series event, that CFO Klaus Werner has been leading a three-year programme to transform the operator into a data-driven business. Previously, Telekom had a Chief Digital Officer (CDO) to run data-led transformation but “he was not very successful because you cannot delegate digitalisation to the CDO”, said Werner. After this experience, the operator’s leadership realised that “everyone has to drive digitalisation in their area”, with direction coming from someone in a “cross-functional” role — i.e., in its case, the CFO.

Teradata’s Brobst has something of a warning for any operator or major business that is hesitant to adapt to a data-driven model. “We have a saying in SiliconValley that ‘there are only three kinds of companies in the world, either: you are a data company; you will be a data company; or you will be extinct”.

The Teradata team, meanwhile, appreciate that operators are strategically aware of the potential for data within their businesses, but with this is a tendency to default to a tactical norm based on immediate problem-solving rather than long-term foundations and evolution (see Teradata: balanced data foundation critical to digital transformation at telcotitans.com).

There is also temptation to delegate data transformation to others, mostly by partnering with hyperscalers that already have 100% data-driven business models and enviable track records. The urge to hand over all your critical data to a partner comprised of world-leading experts on monetising such material may be best moderated.

“Hyperscaler-envy can rapidly become hyperscaler-dependency. What do you think is going to happen in five years’ time when you’re hooked? I don’t think that’s a particularly great model, where you become dependent on someone who may ultimately compete with you. Telcos should take advantage of hyperscalers, not the other way around…”

It is worth remembering that much of the data relied upon by hyperscalers originates in operators’ own backyards. “Technology company data comes from a telecoms network nine times out of ten. It’s just that telcos haven’t worked out how to harness the value of that data and productionise it in their analytics at scale”.

Data orchestration is the key to becoming a business that is “more tech-driven, and data-driven specifically”, according to the Teradata team.

Digital transformation comes from teams being able to draw together customer, operational, and enterprise data across traditionally-siloed areas such as subscriber and network experience, supply chain, finance, and compliance. However, being able to coordinate and control the flow of this data is critical.

Effective orchestration of data is highlighted as a key difference between tech companies and telcos, and one that contributes to a chasm on a critical key performance indicator — Net Promoter Scores (NPS).

While operators currently strive to achieve NPS in the lower double-digits, tech giants routinely record scores of 80 and above. Teradata considers this gap can be significantly closed if operators learn to manage their customers in fundamentally the same way as the tech companies do; with real-time personalisation of all interactions. This approach not only supports customer experience improvement but also provides a foundation for greater efficiency.

“Once you’ve got this [data strategy] right and you’re signing up more people to next generation technology, and these processes are automated, you’re able to start thinking about ‘how do I rip out the old BSS and OSS technology that’s costing me an arm and a leg (and stopping me from spending that money better and reusing that spectrum for next generation networks)?’.” 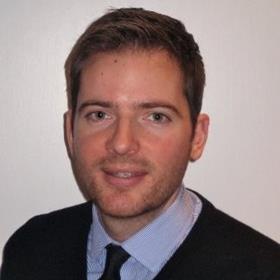 This point is reinforced by Teradata Sales Director Matt Stubbs, who points operators towards adoption of a single data model that costs comparatively little relative to more extensive system overhauls linked to business support systems (BSS). Further, he anticipates that once this approach is initiated, it will “change the way that you build the next generation of OSS [operations] and BSS systems”.

The predictive analytics potential of treating data as a strategic asset for telcos is also highlighted by Teradata. When data is unified and accessible across the entire business, operators can “drive the car forwards, looking out the windscreen, instead of driving looking in the rear-view mirror”.

Greater visibility supports better financial forecasting, and can be used to model the impact of changes on other key operator metrics (such as NPS) at a very granular level. “You can take every single process in your company, and look at what the impact is on NPS if that process continues or changes”, which is envisioned going “all the way down to a segment-of-one, if that’s how far you want to go”.

Applying the Techco model to 5G

Adoption of next-generation networks, notably 5G, is viewed by Teradata as a clear opportunity to make the jump to a data-driven and customer-centric strategy — not only for services, but also for the network.

Traditional network planning tends to be neither data-driven nor customer-centric, instead drawing on historic assumptions and traditional approaches. The Teradata team calls for the decisions to be based on data gathered from customers and not just devices or cell towers. “You need to build your network where those best customers by value and profitability get the best experience”. Then, as rollout builds, operators should be ready to exploit data to ensure commercial offerings match new opportunities.

“These models in networks start to link into your marketing activities, and every time you’re rolling out capability and enabling a specific geography you need to be working in advance of that to model the propensity to buy and subscribe to that service. And when you connect these models together, you’re starting to get into the numbers that PayPal deals with where they’re modelling every single side of every transaction every couple seconds of every day. This is a fundamental change.”