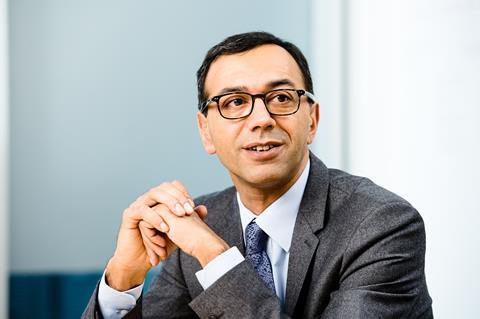 Vivek Badrinath, Chief Executive at Vantage Towers, firmly rejected the notion that Vodafone’s European towerco spinout was little more than a bond proxy, offering investors predictable — if not spectacular — returns over a long period of time.

Speaking on the recent Digital Infrastructure Forum hosted by Maitland/AMO, a financial consultancy, Badrinath crowed about an “exciting business model” and untapped opportunities. He referenced the US towerco market where 90% of towers are used by non‑operators. “In Europe, it’s north of 50%”, he said. “We’re 20 years behind”.

Warming to his expansionist theme, Badrinath said the tower infrastructure asset class had “intrinsic characteristics to generate new business models”. He spoke of “proximity” — Vantage Towers’ some 82,000 sites spread across ten European countries are necessarily located where there is demand — along with “green electricity” and “connectivity”.

“There is [ICT] innovation to be done on top of [what might be called] mundane real‑estate assets with long term contracts”, said the CEO.

Nothing wrong with cash-flow predictability…

Badrinath was in no mood to bite the Vodafone hand that feeds Vantage Towers, however. He stressed that having a “32‑year inflation‑indexed contract with an investment‑grade customer called Vodafone” meant lots of certainty about cash flow. “It’s a very healthy place to be”, he said.

The CEO also mentioned “intrinsic growth” that comes from being “co‑partner with Europe’s largest operator”. He referenced Vodafone’s recent commitment to contract for the construction of around 6,850 build‑to‑suit sites.

…and choosy on M&A

While Badrinath thought there was “space” for pan‑European towerco players through consolidation, he displayed little enthusiasm for M&A outside the ten markets Vantage Towers already has a presence (see table).

“Any expansion in those countries is the first thing we’ll do, because it’s more relevant for our customers”, he said.