Ericsson targets African gains on back of Vodafone reorg 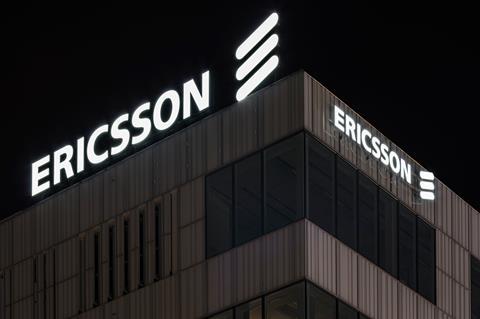 Ericsson targets African gains on back of Vodafone reorg

Arun Bansal, President of Europe & Latin America at Ericsson, expressed hope that Vodafone’s new Tech 2025 strategy will offer an opportunity to grow its footprint within Group operations, notably in Africa.

In a video distributed online by Vodafone Procurement Company (VPC), Bansal said the partnership-focused Tech 2025 programme — drawn up by Vodafone’s Chief Technology Officer (and former Ericsson senior exec) Johan Wibergh — offered a way for the Swedish vendor to expand its business with Vodafone into fresh territory.

Bansal highlighted plans to build on the two organisations’ existing collaborations in the mobile private network space. “Then, I definitely see with the new way of working, expanding our partnership into new markets — for example, in Africa, where we are not present”, he pointedly added.

Ericsson has some existing links with Vodafone’s sub-Saharan African businesses, including Safaricom — which bought microwave, Wi‑Fi, and IP products from the vendor in 2015, and recently handed it a backhaul contract as part of its 5G delivery programme (Vodafonewatch, #195).

However, it is clearly under-represented relative to its presence in other Vodafone territories (see table). Rival Nokia has built close ties with Vodacom Group, particularly in South Africa and Tanzania, and in 2020 was flagged to have secured a central role, alongside Huawei Technologies, in the plum radio access network slice of the Safaricom 5G programme (Vodafonewatch, #195).

Safaricom has a long, multi-faceted relationship with Huawei, encompassing fibre, radio, and site solutions, and the existing IT infrastructure underpinning m‑money service M‑PESA, although that is set for a refresh (Vodafonewatch, #158, #171, and passim).

It is unclear to what extent Ericsson’s relationship with Vodafone’s central functions, including VPC and Wibergh’s Group Technology division, will help it to break into the Group’s increasingly assertive and autonomous African business, led from South Africa by Vodacom.

However, there are clear opportunities opening up for challengers, with Vodacom phasing in a multi-vendor strategy to reduce dependency on single suppliers and mitigate the impact of the Sino–US trade conflict. The plan is “in the process of being implemented” in “critical” procurement categories, according to the operator’s latest Annual Report.

Further, Safaricom has yet to announce vendor partners for its upcoming greenfield operation in Ethiopia, which is backed by a loan of up to $500m (£360m/€421m) from the USA’s International Development Finance Corporation. In its December 2020 announcement of the facility, the body noted that the project will benefit Ethiopia’s connectivity while “utilising trusted technology”. It is unclear whether this proviso relates to the vendor (i.e. not Chinese) or the actual technology (Africa is considered by some to be a proving ground for the new model of disaggregated network infrastructure).