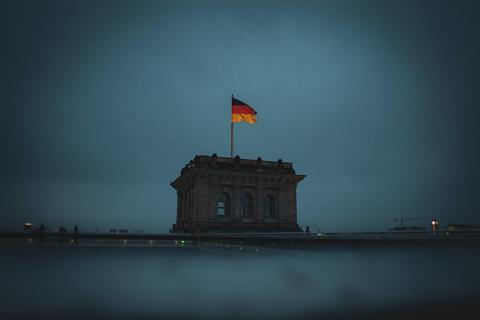 Germany, traditionally debt-averse, was reportedly entertaining the possibility of selling off some state holdings, which include a 31.9% stake in Deutsche Telekom (DT), as a way to help address the economic impact of COVID‑19 and fund future investments.

“The value of state holdings has grown considerably in recent years, [and] that’s why we should examine which state holdings can be scaled back”, said Peter Altmaier, Germany’s Federal Minister for Economic Affairs & Energy, in an interview with Welt am Sonntag cited by Bloomberg. “This will also bring money into state coffers that we can put to good use for future investments”.

Altmaier added that tax increases would be “poison for the economy”, since Germany already has high taxes, even by international standards.

The German state is DT’s biggest shareholder, with a 14.5% direct interest and a 17.4% indirect stake, held via government investment bank Kreditanstalt für Wiederaufbau. The remaining free float (68.1%), as of November 2020, is made up of institutional investors (49.7%) and retail investors (18.4%). Other companies in which the Federal Republic has a financial interest include Deutsche Post and railway firm Deutsche Bahn. Germany is also the biggest shareholder in Commerzbank.

Debt brakes are off

Altmaier previously shrugged off media speculation that a DT sale was on the cards, stressing the “critical” nature of Germany’s incumbent for national security (Deutsche Telekomwatch, #76).

However, in another sign that Germany finds itself in new and straitened circumstances, the so‑called constitutional “debt brake” appears to be loosening further.

Under the terms of the debt brake, introduced in 2009 following the financial crisis, the federal government’s structural deficit is capped at 0.35% of gross domestic product. This rule has already been suspended to help Berlin tackle fallout from the pandemic, but is due to be reinstated later this year.

A report from Der Spiegel, however, suggests another suspension is on its way in 2022, quoting finance ministry sources as saying that just under €60bn in new debt is expected to be added to the country’s balance sheet.

Of direct interest to network operators is Zukunftspaket, or ‘package for the future’, aimed at climate change mitigation and the promotion of technologies deemed important in the medium- and long-term, including 6G, open radio access networks, artificial intelligence (AI), and quantum computing.

Zukunftspaket includes tax breaks for research and development, as well as the creation of a sizeable, €5bn pot for the establishment of a new and presumably state‑owned mobile infrastructure company.