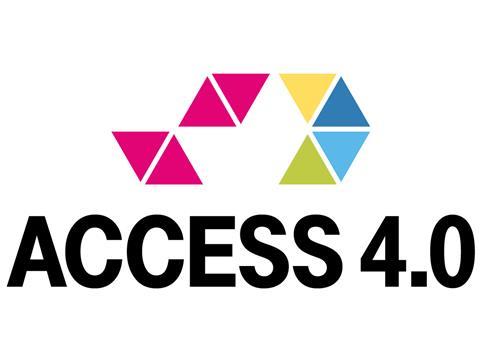 Formally unveiled as a concept at Broadband World Forum in 2017, Access 4.0, a Deutsche Telekom (DT) initiative in Germany to lower total cost of ownership and accelerate time-to-market in the delivery of fixed-line broadband services, is now finally approaching the first commercial deployments.

Jochen Appel, who carries the somewhat unusual job title of Vice-President and Tribe Leader, Fixed & Mobile Data Platforms at Deutsche Telekom Technik (DTT), its German tech unit, said in a recent Access 4.0 presentation that the first live deployments of SEBA and VOLTHA, along with broadband network gateway (BNG) edge services, were imminent. “We’re at a critical inflection point”, he claimed.

Access 4.0 is just one of the architecture layers of DT’s broader strategy to become a cloud-based “software-defined telco”. Layers sitting on top of Access 4.0, in ascending order — each of which targets disaggregation — are IP; cloud and services platform; control and orchestration; and customer interaction and products. “Disaggregation”, emphasised Appel, “is a change from monolithic systems to best‑in‑class modular functional components”.

DT’s journey to becoming a software telco, perhaps not surprising given the complexities of transitioning from legacy networks built by ‘monolithic vendors’, has not been a smooth one. The lengthy time Access 4.0 has taken to launch its first commercial products is a case in point, and Appel warns there are more potential potholes ahead.

Appel warned telcos not to get so fixated on technology that they ignore the necessary organisational changes to see through the transformation to software telco. A shift from the phased and linear ‘waterfall’ approach to projects, to the more fluid DevOps mode that can hurry progress along, requires a different and more collaborative mindset.

“If we focus only on technology, then we fall into the trap of rebuilding old paradigms and processes, just with new technology”, he said. Without paying sufficient attention to organisational structures, added Appel, there was a danger of simply replacing physical silos with virtual ones in the disaggregated world.

Access 4.0, despite being on the verge of some live implementations, is by no means out the technology woods.

“We see a lot of dependency of higher layer network services on capabilities of underlying hardware”, he said. Appel flagged silicon currently used in the data path as less than optimal, and “often the reason why service introduction times takes significantly longer than service and production times in classical IT”.

Another challenge is implementation of an Access 4.0 architecture that can support provision of both broadband and mobile services, including 5G based on ‘open’ radio access network principles. Appel thought realising this ‘convergence’ goal was a “few years away”, although more immediate progress is being made in terms of fixed‑mobile substitution (FMS) under the lead of T-Mobile Poland (TMPL).

Prizes for the software telco

Also like Choi, however, Appel thought the transformation journey was well worth the effort. “Our aim is to make the financial case work with the first tenant, which is FTTH”, he explained.

Unlike traditional cloud deployments, where revenue from first deployments are invariably allocated to pay for the majority of infrastructure setup costs, Appel envisaged immediate payback on initial service rollouts.