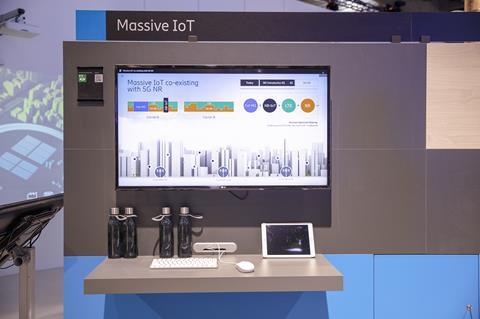 T‑Systems’ (T‑Sys) Internet of Things (IoT) division unveiled deployment plans for its new, homegrown IoT Hub, in a signal of fresh go-to-market and product development approaches at the soon-to-be-independent business.

Rami Avidan, who heads up the unit as Senior Vice‑President of IoT (Deutsche Telekomwatch, #82), told Deutsche Telekomwatch that onboarding of friendly customers to the IoT Hub will begin in June 2020–July 2020. A call for action has been sent out to enterprise clients to engage with the product — pitched as a bridge between disparate IoT solutions.

According to Avidan, the IoT Hub has been “100% purpose-built in-house”. Because it is a homegrown solution, it will be a “great advantage for what we want to achieve”, he said. The idea behind the platform is to carve out a path towards managed services revenue in the IoT space, and reduced reliance on connectivity money (only one slice of the overall IoT pie).

The IoT unit, now referred to by some as “Deutsche Telekom IoT”, is regarded as part of T‑Sys’ “growth portfolio” but is soon to be set up as a legally independent entity (Deutsche Telekomwatch, #92 and passim). The spin-out is part of a new phase of the long-running restructuring programme being run at T‑Sys, under Chief Executive Adel Al‑Saleh, and aims to free up DT IoT and fellow “growth” unit Telekom Security from the restraints of margin-light legacy systems and processes. Both will remain under Al‑Saleh’s overall stewardship, however.

Kaveh Heydari, Chief Architect, IoT at DT, spoke alongside Avidan about the new platform during a recent webinar, and said the main challenge for all IoT solutions and platforms was how to make devices “talk” to applications that exploit the data they gather.

“What we are building is a technology stack that is able to get relevant data from any platform, ranging from ranging 3GPP to non‑3GPP connectivity, including satellite”, said Heydari. “We’re putting an element into our technology stack that is able to talk and understand different standards and protocols, and hide that complexity for the application that needs it”, he added.

On top of the IoT Hub’s technology stack sits an orchestration layer, which pulls data from the various platforms that exist underneath, as well as working with different device management systems. The orchestration layer then offers data in a “harmonised and open standards way” to the ‘consumer’, using RESTful application programming interfaces (API). The ‘consumer’ in this case could be an app, user, or third-party system.

Deutsche Telekomwatch thought this set‑up sounded very much like oneM2M, a global standards initiative which focuses on open APIs and middleware to combat IoT ‘silos’. Some Group NatCos, including Telekom Deutschland and Magenta Telekom, have already tried out oneM2M (Deutsche Telekomwatch, #82).

“IoT Hub is along similar lines of oneM2M but with a DT twist. The twist is that the IoT world is unfortunately not only based on standards, and so what we are doing is making the southbound integration agnostic to basically any type of hardware and connectivity. On the northbound we are opening up our capabilities to third-parties to allow for seamless integration into third party systems — which, in turn, enables a dramatic system harmonisation advantage.”

Avidan said the IoT Hub will “drastically reduce” time-to-market and time-to-value for its enterprise customers, as well as bring down deployment costs. The intended value for DT, it seems, is a more central (and potentially more lucrative) role in the IoT ecosystem by managing the complexity of the technology stack.