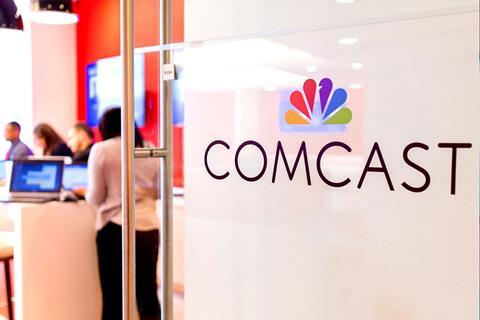 David Watson, CEO at Comcast Cable, asserted that any subscriber inroads made by T-Mobile’s 5G-enabled fixed wireless access (FWA) service — dubbed Home Internet — were not impacting the US cable operator. “It’s not showing up in any material way in regard to churn”, he said.

Speaking at this month’s Moffettnathanson Media & Communications Summit, Watson (via VIQ FD Disclosure) said T‑Mobile was steering its marketing efforts for the FWA product in rural areas where the mobile network is “less congested”.

While Comcast was not going to take the prospect of more FWA-based competition lightly, added Watson, he nonetheless questioned how suitable the T-Mobile offering was for urban and suburban areas, and even in rural locations once traffic volumes begin to ramp up.

“Imagine what’s going to happen later as there is more congestion”, he ventured. “We’ll see how their services stand up”.

For good measure, and no doubt to reassure Comcast shareholders who might be worried about FWA momentum in the cable operator’s urban and suburban heartlands, Watson maintained that Comcast will be able to address competition “from a position of strength” in terms of network and Wi-Fi performance. “More than two-thirds of our customers are at 300Mbps or higher”, remarked Watson.

“Every year, we’re looking to add on capabilities to continue to serve our customers. [As for] fixed wireless, we’ll see. [T-Mobile] have got a lot of trade-offs they’re going to have to sort through. It doesn’t mean they’re not going to serve some segments and prove rural, but we’ll have to see over the long run. I like our position. We’re going to compete aggressively for every segment.”

If T-Mobile CEO Mike Sievert had any misgivings about the FWA service, he was not showing it. Speaking at the same summit as Watson, although separately rather than in a direct interchange with the Comcast CEO, Sievert — drawing on his long experience as the operator’s Chief Marketing Officer before taking the top job — Sievert made a passionate case for FWA

Sievert reiterated the claim that T-Mobile will not be caught out by any capacity squeezes when demand increases in FWA cells.

“Our high-speed business is a capacity-based business, and we use a real time dynamic model to approve individual locations on a sector-by-sector basis, and so we’re looking at places both today, but also projected in the future based on our forecasted models for growth… where we know we’ll have capacity.”

Sievert split the FWA addressable market into two groups. One is rural, where FWA take-up has been the strongest, and another group emerging in urban and suburban areas where customers “only have one choice and are kind of fed-up with it”.

The reason why they are getting fed up, in Sievert’s reckoning, is the number of “pain points” they have to endure with cable operators.

Sievert, a couple of weeks before the Moffettnathanson Media & Communications Summit, flagged in some detail what he thought the cable industry pain points were, and how the Un-Carrier intended to “smash” them through various offers and incentives. The operator has already launched a free home trial, “locked‑in” pricing, and an offer to cover early termination fees for consumers that switch to the service. “Free stuff and exclusive deals” have also been added to the picture for Home Internet customers, via access to its T‑Mobile Tuesdays rewards programme and discounts on TV streaming sticks and related services.

In April 2022, T-Mobile surpassed one million Home Internet subscribers, up from 646,000 at the end of 2021, a year after launch (Deutsche Telekomwatch, #104 and #112). T‑Mobile says it has ‘approved’ 40 million premises for the service. Approval means the operator deems network availability in the area able to withstand the additional load placed on it by 5G FWA by measuring normal usage in peak times.

Specific targets for premises approval rates for Home Internet have not been set, but T-Mobile remains focused on a target, set at the service’s launch in 2021, to reach seven to eight million customers by 2026. Morgan Stanley Research recently predicted that TMUS will sign up one million FWA users during the course of 2022.