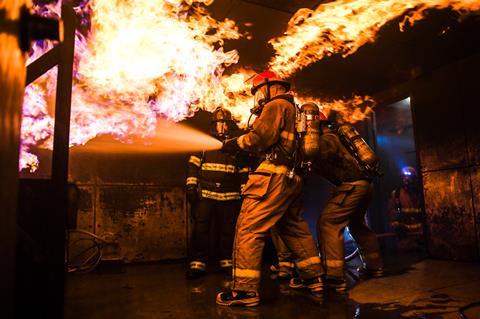 BT/EE appears to have taken on a watching role in the ongoing saga that is the ESN, following the publication of a much anticipated and somewhat damning report by the NAO, which, along with the Public Accounts Committee (PAC) (BTwatch, passim), has been keeping a beady eye on progress.

Despite indications in the latest report that rollout progress of the 4G EE network had been slower than originally anticipated; the NAO concluded that most of the necessary work from EE has now been done. Indeed, EE was praised in the report for upgrading its network “to enable priority emergency calls to be made by emergency services” and extending “its coverage to reach 98% of the population of England, Wales and Scotland”.

The NAO cited EE assertions that it has completed most of the contracted work, and the Home Office expects the rest to be finished by 2020. 20,531 site upgrades were said to have been required for the project, of which 20,494 were completed by May 2019. Furthermore, 395 of 401 new sites have been built, as have 36 of 71 sites in additional locations such as tunnels. EE is also meeting user representatives directly, and hosting visits to EE sites in order to fully understand user requirements.

According to a spokesperson for EE, the mobile operator has met all the deadlines set out in its contract to build the network underpinning ESN. It seems that the same cannot be said for the project as a whole. According to the NAO, which first highlighted the risks attached to the rollout in 2016 (BTwatch, #282), the Home Office has failed to manage the challenges identified, which has led to delays in bringing the intended benefits of ESN to emergency services. Home Office mismanagement was said to have added £3.1bn to the cost of the programme, representing “poor value for money”.

The report said the government now expects the ESN to cost £9.3bn, £1.67bn of which is due to EE, and anticipates that the network will produce financial and economic benefits of £1.5bn in the period from 2015 to 2037. It is estimated that July 2029 will be the month when total financial benefits are expected to outweigh the costs that would have been incurred by continuing with predecessor Airwave – seven years later than the prediction in the 2015 business case when the EE and Motorola Solutions contracts were first awarded.

While recognising that the government has made some efforts to address problems with the programme, such as the adoption of a phased approach and the intention to sign revised contracts with EE and Motorola Solutions in 2019 (BTwatch, #291, #294, #295, #297, #300, and #301), the NAO is now recommending that the Home Office test its overall programme plan. The audit office considers an examination of whether the current Airwave shutdown programme remains achievable, and what contingency plans are in place in case of the new technology’s failure.

In a contract award notice, the Home Office said it was extending its contract with Motorola Solutions by one year until December 2024 at an additional cost of £82m, taking the total contract value to £401m. The contract “variation” includes Motorola’s off-the-shelf Kodiak PTT product, moving away from proposed use of Motorola’s original Wave 7000.

PTT technology, enabling front-line staff to open instant communications, is a fundamental element of emergency services communications. Kodiak-based solutions are now being deployed over Wave 7000 because the Home Office considers that this “de-risks delivery and enables the programme to move to a standardised solution faster”. Motorola Solutions had already indicated that the ESN Direct PTT service would be based on technology from its subsidiary Kodiak Networks, emulating its use in the USA’s FirstNet emergency services network (BTwatch, #300, #301, and passim). Adding enhanced support for Kodiak to Motorola’s contract accounts for £12m of the additional cost of the extension. The first version of ESN Direct is currently planned for September 2019.

In line with its amended approach, the government department also said that the delivery approach and timetable have been amended to allow incremental payments, with incentivised delivery targets. Existing disputes and claims between the two parties around the initial ESN contract were also said to have been settled with the new deal. The Home Office confirmed that the soonest a full rollout “could reasonably be achieved” is by around December 2022.

The NAO said the Kodiak technology is a “theoretical” improvement on the previous approach because it complies with the same industry standards as adopted by EE. In other words, it is a 3GPP standards-based PTT solution. The ESN project has been delayed in part because the original plans “had made incompatible assumptions about how Motorola would implement PTT, which the Home Office did not identify before contracts were signed in 2015. As Motorola and EE shared designs, it became clear that each had based their designs on different versions of international standards”. However, the NAO said the Kodiak system still requires significant development and testing, and will not meet user requirements until March 2020. “There is a risk that late or under-delivery of requirements will cause further delays to when ESN can be adopted by the emergency services”, it added.