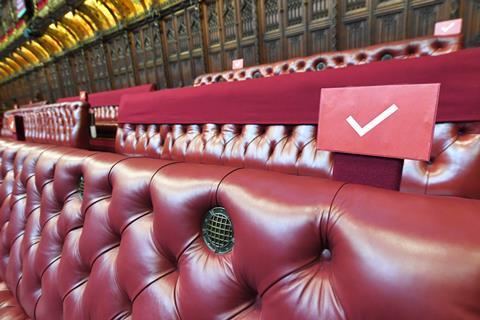 A reading of the Telecommunications Infrastructure (Leasehold Property) Bill in the House of Lords in June 2020 saw an impassioned debate on the responsibility of UK lawmakers and telecoms operators, such as BT Group, in ensuring supply chains could not be perceived as supporting serious human rights abuses. While a vote on requiring UK operators to be above suspicion of links to any key suppliers involved in rights breaches was postponed, the seemingly well‑supported amendment is expected to be re‑considered at the final Lords reading of the bill following further discussions between peers and the government.

The debate related to an amendment put forward by Lord Alton of Liverpool, with cross‑party support. While the proposed law is principally intended to make it easier for tenants to secure access to superfast broadband, the amendment stated that if an operator is to use the powers in the proposed act there should be “no grounds to suspect” it would be using its infrastructure to breach human rights after December 2023. The purpose of the broadly worded amendment was said to be to “prevent companies from using UK telecommunications infrastructure to facilitate human rights abuse” and to build on existing demands for transparency in the supply chain.

While there has been a focus on blocking Huawei from UK infrastructure on national security grounds, this amendment centred on the actions of the Chinese government, and Huawei’s support for those actions, on a human rights basis.

In earlier House of Commons debates, the findings of a report from the Australian Strategic Policy Institute were cited as calling into question Huawei’s human rights credentials (BTwatch, #311). The Lords added further sources to the record, including parliamentary reviews, BBC news documentaries, and new European academic reports that painted a picture of the vendor helping to enable the alleged human rights breaches. Lord Alton acknowledged that the elements of Huawei that are working with the Chinese authorities on various surveillance and monitoring programmes was different from the divisions directly present in the UK, but stated that “the notion that we can carve up a digital company into the parts that are abusing human rights and the parts that are not is palpably absurd”.

The Lords were damningly critical of China, particularly in relation to its treatment of Uyghur Muslim communities, and among other charges alleged links to forced labour, religious prosecution, forced sterilisation, and organ harvesting. The role of Huawei in allegedly enabling this activity through the provision of technology was considered significant enough to justify its exclusion from the UK supply chain on ethical grounds.

It was recognised that concerns regarding human rights were somewhat removed from the surface purpose of the current bill, which is expected to help up to ten million households on long‑term tenancy secure fibre broadband without landlord consent. Nevertheless, the mood of the debate, which was conducted with a limited presence in the chamber and with other peers dialling in, appeared to very strongly consider that the seriousness of the charges against China and Huawei illustrated that protection of human rights should be prioritised.

“Given all that we now know, the question for Parliament is whether it is willing to turn a blind eye and let Huawei march on regardless. In Committee, I drew a parallel with Siemens and its role in the Reich [German state, 1871–1945] when, 80 years ago, it built its vast commercial interests on the backs of slave labour in Ravensbrück. Do not let us pretend to ourselves that this is any different; it is not. While a delay may suit the Government, it does not suit the Turkic [Uyghur] Muslims in western China.”

Speaking on behalf of the government, Baroness Barran recognised the “truly awful” practices said to be happening in China, but said the amendment “will not affect the equipment manufacturers that may be complicit”. The government minister noted that the amendment would mean the repercussions of perceived abuses would be imposed on the operator, rather than the vendor, thus particularly affecting Openreach and Virgin Media. This point was recognised by the amendment’s supporters, but they considered that it is the responsibility of business’ board and management to maintain a proper supply chain.

Similarly, the amendment’s backers were not swayed by suggestions that other legislation would be a more appropriate vehicle for human rights considerations, and that the proposal would put an unfair burden on the telecoms sector when compared to other UK markets. They were, however, willing to consider further refinement of the amendment to ensure that the goals of government on rollout could be achieved at the same time as putting a marker down on the need to take action against large‑scale rights violations around the world.

At the end of the debate, the amendment was withdrawn by Lord Alton for the current reading, on the understanding that government would meet with interested parties to further discuss how the issue of human rights and the risks of modern slavery can be most effectively addressed. The withdrawal was accompanied, though, by a clear warning that should any response prove unsatisfactory, it would be reintroduced in its existing form.

Rake over the coals

The high‑profile figures from UK industry on the Huawei UK’s Board of Directors were called out during the debate, including former BT Group Chairman Sir Michael Rake. Conservative peer Lord Forsyth of Drumlean noted that “from a quick online search, I could not find what the UK board of Huawei does, or what roles the directors carry out. However, championing the human rights of oppressed groups in China is certainly not one of them”.

Another amendment to the bill, which was voted upon and passed by the Lords, would see the government required to undertake a review of the impact of the new law to determine how helpful it is proving in supporting the government’s drive to provide gigabit‑capable connectivity across the country by 2025.

Peers noted that the government appears to be edging back from its commitment to the 2025 timeframe, with the official line being that it is aiming to deliver gigabit broadband “as soon as possible”.

The planned review, in the proximity of the Lords, may go some way to keeping the government on its toes regarding its promises.