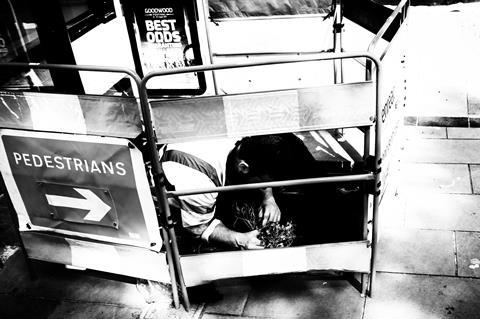 There were, however, some encouraging caveats to the latest figures compiled by market research firm IDATE. First, they were slightly old, reaching only as far as September 2019. As such, they did not take into account more recent aggressive fibre‑to‑the‑premise (FTTP) moves by Openreach and other infrastructure providers.

Second, despite the ageing stats, they still captured one encouraging FTTH/B trend. A deployment of 1.4 million FTTH/B ‘sockets’ between September 2018 and September 2019 meant that the UK was the fifth fastest-growing full-fibre market in Europe, with a 50.8% increase year-on-year (IDATE defines a “socket” as a connection point of a single fibre service provider, so it is possible to have multiple sockets if the location is serviced by multiple FTTH network operators).

International ‘full-fibre’ comparisons of this sort inevitably put Openreach and the government in a bad light, and are then invariably followed by pointing of fingers from UK broadband lobby groups, political rivals, and retail providers wanting easier access to deliver ultra-broadband services at (ideally) regulated wholesale prices. Heel‑dragging and poorly thought out policy are typically the main accusations. 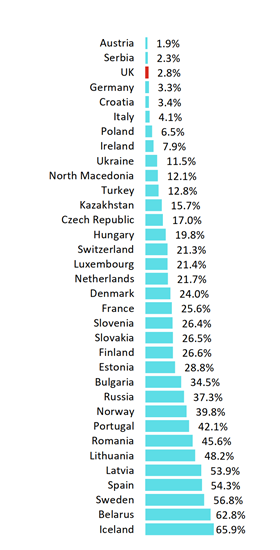 There is still some work to do if the government is to make good on a pledge to deliver “Gigabit-capable broadband” to the whole of the UK (which was originally mooted for 2025 by UK Prime Minister Boris Johnson, although there seems less attachment to that timeframe after the Conservative Party was re‑elected to power in December 2019).

The proportion of UK homes passed by fibre reached 15.1% as of September 2019, far off the coverage pace set by France (57.1%) and Spain (85.6%), which are countries of comparable size. Germany fared worse than the UK, passing only 10% of households with fibre, but any feelings of schadenfreude will hardly appease supporters of a Gigabit Britain.

Worryingly for UK investors in full-fibre infrastructure, FTTH/B take‑up as a percentage of homes passed is low, at 18.2%. Neither can any glee be drawn from Germany, where FTTH/B take‑up is 32.8%. Spain (63.4%) and France (44.8%) show what is possible in terms of stimulating demand.

A recent report from Assembly, commissioned by Huawei Technologies, attempted to quantify the economic benefits of hitting the “Gigabit Britain” target by 2025. While the UK is a “world leader” in superfast broadband, covering more than 95% of premises with downlink speeds of more than 30Mbps, Assembly maintained that the transition from Superfast Broadband Britain to Gigabit Britain “could” provide £51.4bn in gross value-add to the economy by 2025. By 2030 this number may reach £68.8bn. According to Assembly, a twelve-month delay in achieving the 2025 target could mean the UK misses out on £9.7bn in productivity benefits. A lag by two years may well see losses reach £28.7bn.

Assembly made several recommendations about how the UK government and regulators might steer a timely path towards a Gigabit Britain. Among them were sufficient government subsidy and funding models for non-commercial areas to ensure full coverage. Ensuring enough competition to encourage innovation and lower prices (in places that can economically support multiple infrastructures) was another. To stimulate Gigabit demand and lower investment risk, Assembly suggested that the government could help by moving more services online. The research provider highlighted easier access to wayleaves and clearer planning guidance, so avoiding clashes between local and government thinking, as another way forward.