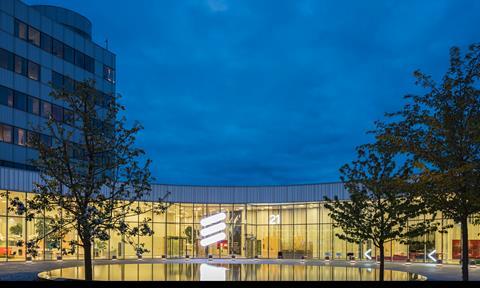 Ericsson is tasked with providing 5G RAN equipment in major UK cities, including Belfast, Cardiff, Edinburgh, and London, as well as swapping out Huawei kit in legacy networks. Once deployment is completed, Ericsson claimed it will handle 50% of 5G traffic on the BT‑owned EE network.

Although no timeframe for deployment was provided within initial details of the agreement, the deal appears one for the coming years, rather than sparking a more immediate transformation. BT Group Chief Technology & Information Officer Howard Watson notably highlighted lab tests and Ericsson’s future roadmap as key elements of the rationale behind the decision, suggesting that work remains to be done.

Ericsson at the ready

Ericsson alluded to possible post-Brexit logistical problems in delivering equipment to the UK. The Swedish supplier, which also supplies RAN equipment to EE’s rivals, said it was stockpiling antennas — “an extra four-to-six weeks’ worth of equipment” — at a stock facility in Nottingham. Ericsson’s deliveries come from Düsseldorf in Germany and arrive at Britain’s largest lorry terminal in Dover. The UK government’s own “reasonable worst-case” Brexit scenario warns of 7,000-long truck queues, owing to border control disruptions. John Griffin, Ericsson Chief Executive UK and Ireland, said that with the vendor supplying equipment to the four major mobile operators in the UK “we can’t take many chances”.

The potential headaches of supply chain disruption have already been on the mind of BT’s procurement team for some time. Tony Roy, the operator’s Senior Manager of Risk, Governance & Sustainability, recently noted that work was underway to counter additional bureaucracy and determine the best way to manage internationally scattered suppliers. Somewhat ironically, these early preparations for anticipated Brexit supply chain disruption meant that when global chains became knotted as a result of the COVID‑19 pandemic, BT was well‑placed to maintain its services effectively.

In the wake of its new contract to deliver additional RAN equipment, Nokia declared it will be “BT’s largest equipment provider”. Press reports suggested Nokia will provide more than 60% of BT’s 5G radio equipment, which does not necessarily contradict Ericsson’s 50% traffic claim.

Nokia is already present in EE’s RAN in Greater London, the Midlands, and a number of rural locations, but will be extended to cover an additional 23 towns and cities. Unnamed sources in reports suggested Nokia’s presence will reach 11,600 sites.

Not quite elementary, says Watson

In a blog, Watson reflected on the industry impact of the UK government’s decision to remove Huawei equipment from 5G networks by 2027, and what he felt was a positive response — at least from BT.

“ It would be easy to focus purely on the challenges presented by that decision, but it’s also a powerful opportunity. A chance to reframe and reshape our networks for the future; to build the fast, flexible, stable and secure connectivity our customers want, and the country needs. ”

He also talked up the swiftness in getting new deals with Ericsson and Nokia wrapped up, after it emerged in January 2020 that the UK government was looking at restricting Huawei’s presence to a 35% cap across all infrastructure and then subsequently declared total exclusion from 5G rollout. “Two deals may not sound like a lot, but the scale and complexities involved mean that getting these agreed in just nine months is a real testament to the hard work of hundreds of people across the business”, said Watson.