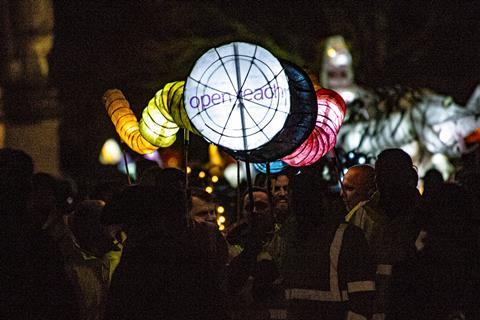 Allera punchy as he gets with the Jansen programme

BT is continuing its balancing act of underlining the importance of being competitive in retail markets while not being dragged downwards on pricing. Jansen appears ready to fight all comers, while Consumer Chief Executive Marc Allera spends more time emphasising building services that can justify charging a premium.

Allera was assured on EE’s ability to continue to keep on top of the battle in the mobile sector, where customers can switch more easily, and cut through the “froth” in generated by seasonal sales. The fixed‑line sector appears more challenging, however, with a “very volatile” environment, and dozens of price changes and promotions.

He was relaxed on the industry’s Shared Rural Network plans (see separate report), noting that EE has focused on expanding geographic coverage for some time (the Emergency Services Network (ESN) project has certainly helped — BTwatch, passim), and so may have less to do than rivals to meet the new commitments. Instead, the Consumer CEO emphasised BT’s commitment to rapid 5G rollout in densely populated areas

Allera also indicated that he is up for the fight with competitors. When the intensified challenge from Vodafone, with its reinvigorated advertising and aggressive commercial propositions, was mentioned in a question, the BT head retorted that “you can’t advertise your way to a great network; you have to have a great network”.

Jansen also chimed in with his support for a competitive Consumer unit, built on premium offerings.

“[Consumer] as a leader in every regard, [as it has] to be in a situation where we have a stable good customer base that is slightly growing, but definitely not declining, and has customers with increasing satisfaction who are happy to part with more money because we’re offering great services. ”

Enterprise and Global have battles of their own

BT Enterprise is similarly battling in a competitive market, and management noted the tough conditions.

Analyst consensus on Enterprise performance is for a revenue decline of 2% for 2020–21 and 2021–22. While not official guidance, management indicated they are comfortable with these expectations, based on continued but easing headwinds in relation to lost major public sector contracts, and the end of legacy voice as a viable revenue stream — countered by the growth in new-wave services. However, the prospect of fixed-voice losses accelerating was noted by divisional Chief Executive Gerry McQuade, and this could pose a threat to matching consensus performance.

Speaking ahead of confirmation that the Virgin Mobile mobile virtual network operator (MVNO) contract had been lost (see separate report), Jansen indicated that mobile was a bright spot for growth within Enterprise. While it is to be expected that the anticipated loss of a deal such as the Virgin Media MVNO would not feature on the results call, McQuade did suggest that, beyond the perilous and uncertain fixed voice decline, “most other things are going exactly as planned”.

The Beyond Limits launch appears to have proved successful in its early days for Enterprise, with McQuade also indicating that demand for bundled premium services has been “two- or three-times” higher than anticipated. Jansen also volunteered information on Enterprise’s performance on mobility and selling 5G as one of the talking points he wanted to get out, prompting McQuade to highlight that BT is running its 5G innovation pilots on a live network, which he claimed is unique in the UK market.

BT Global results are still accompanied by claims of a strategic withdrawal from low-margin segments. However, this commitment now feels to BTwatch as justification for a shrinking business several management teams, and so less a sign of strategic execution and more a fact of life.

Security was a bright spot for BT Global, as was the rather meagre consolation of movements in foreign exchange rates that went the division’s way. Orders were a little better for BT Global, but improved profitability was attributed largely to one‑offs.

The H1 FY19–20 saw BT Global Chief Executive Bas Burger called on to answer analyst questions for the first time since Jansen took over from Gavin Patterson, although he did initially slip and refer to him as Gerry (presumably thinking of Enterprise chief McQuade). The global networked IT services business had in the past been a key preoccupation of the analyst community, but has slipped own the priority list on conference calls, with the ongoing evolution of BT Enterprise now garnering more attention, while Openreach and Consumer maintain high profiles.

Openreach leaning in to headwinds

Meanwhile, the fibre rollout continues, and management was keen to talk-up Openreach as operating the largest full‑fibre network in the UK, along with the investment commitments the division has made to reach its four million premises passed target by March 2021. Despite the increased spend, BT reiterated that it considers around half the UK can be reached with full fibre within the £300–£400 per-premise cost envelope previously flagged. Beyond this, though, the spectre of rapidly rising costs was again referenced.

In the nearer‑term, Openreach has evidently seen success for its FTTC volume deals programme, with connections rising by 20% in a year. With BT Consumer already close to full FTTC adoption, around 60% of all Openreach connections are now using some form of fibre connectivity.