BT heads to the quantum cloud with Arqit 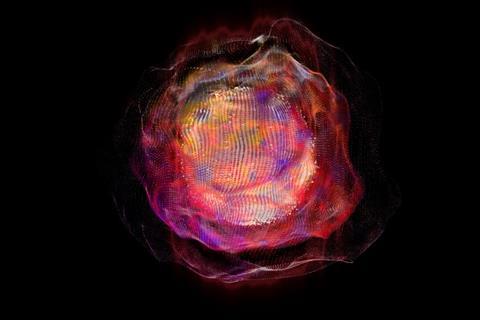 BT heads to the quantum cloud with Arqit

With what seems to be R&D help from BT, financial assistance from the UK government, and collaboration with “business partner” Virgin Orbit — a satellite specialist that sits within Virgin Group — Arqit launched its “new quantum cybersecurity platform designed to solve current and future threats to the security of internet communications”. Dubbed QuantumCloud, the cloud-based platform has been in development for four years.

Arqit, aided by the government-backed National Quantum Technologies Programme, claimed it had invented and patented technology that “substantially extends the ability to provide the benefits of quantum key distribution [QKD] to end-point devices”.

With QKD, provided it is set up properly, the keys used in public-key infrastructure are constantly refreshed making it impossible to hack into the key — even with the arrival of powerful quantum computers — during a data session transmission.

QuantumCloud’s reach, currently limited to terrestrial links, will be expanded through “pioneering satellite technology”. Arqit aims to launch two quantum satellites by 2023, using “established QKD protocols” to create and transmit a backbone of secure keys to the data centres of Arqit’s customers “all over the world”.

BT, in a further vote of confidence in Arqit, entered a contract to become the company’s “exclusive reseller” in the UK, incorporating Arqit products into BT Security solutions portfolio. BT is also a QuantumCloud customer.

Arqit referenced BT as a “foundational research partner” dating back to 2017. Aside from development and launch of QuantumCloud, Arqit was unveiled as one of BT’s partners in its recent QKD trial, AIRQKD (BTwatch, #318). The project is funded by Innovate UK as part of the National Quantum Technologies Programme. The two companies said they intended to extend their collaboration to find “new ways” to develop the UK’s quantum communications infrastructure, but did not elaborate the point. BT has been conducting QKD trials since 2014, starting out in collaboration with Toshiba Research (BTwatch, #254, #270, #280, and #287).

Arqit said it intends to create 2,000 “high-tech” jobs in the UK. No timeframe was given, although Arqit felt emboldened enough to say that QuantumCloud’s launch “positions the British economy at the forefront of global innovation in quantum, space and cyber technology”.

Only days prior to the QuantumCloud announcement, Arqit said it entered into a definitive agreement to combine with Centricus Acquisition Corporation, a special purpose acquisition company (SPAC). The transaction with Centricus is expected to provide up to $400m (£282m) of gross proceeds to Arqit. This includes funds from a fully-committed PIPE (private investment in public equity) of approximately $70m, with participation from Arqit, Sumitomo Corporation, Virgin Orbit, and Centricus sponsor Heritage Group.