BT Group’s FY19–20 guidance: going down, but preparing to go up 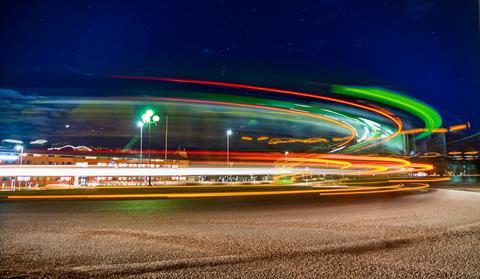 BT reiterated earlier expectations that adjusted-EBITDA would grow in FY20-21, despite expectations that operating expenditure (opex) would continue at similar levels to the current financial year. It is worth noting, though, that the change in the direction of trend anticipated for 2020-21 will come from a lower baseline than previously expected, when analysts had taken the impression that EBITDA would be recovering from a level of around €7.4bn. However, Lowth remained confident that the opex investment in more efficient systems that is currently underway, and which is gathering pace, will begin to generate returns in FY20-21, and continue to do so beyond that period.

The capital expenditure envelope is being expanded for 2019-20, with a range of £3.7bn to £3.9bn, with 5G and fibre on the radar, while commitments for projects such as the Emergency Services Network (see separate report) ease up. Normalised cash flow is anticipated in the range of £1.9bn-£2.1bn. Lowth would not be drawn on the impact of the plans for accelerated full fibre deployment proposed for the first half of the next decade, beyond suggesting that Openreach’s Selley would be striving to keep rollout costs close to the levels that the existing deployment is requiring.

Jansen, meanwhile, said the Group would have several options for deciding how it would fund a fibre ramp-up when it comes to the crunch in a couple of years’ time. The CEO suggested that borrowing could be among the options, as could a re-prioritisation of other capital investment programmes. Cutting the dividend was acknowledged as another option, although the Group continues to be keen to downplay that prospect. Finally, it was suggested that the cost-transformation programmes put in place in the coming quarters could provide the headroom for heightened investment. “Who knows?”, said Jansen.

In early July 2019, BT issued revised financial figures based on the adoption of IFRS 16 accounting standards. While these changes have an impact on the reporting of debt and earnings, the underlying expectations of Group performance are not affected. The impact of the IFRS change will be considered in BTwatch alongside coverage of the Q1 FY19-20 results.

BT Group confirmed payment of a 15.4p per-share dividend for FY18-19, the same payment made a year earlier. The Group indicated that it expects this to be unchanged for FY19-20, based on expectations for its financial performance during the year.

As noted above, the future of the dividend is a subject of considerable speculation within the analyst community, with rumours of differing opinions within BT management on the appropriate level of future payments (see separate report).

While Jansen stressed that the Board decision on maintaining the dividend was unanimous, reports ahead of the results had suggested that the new CEO was at odds with other senior figures regarding the future of the payment, and had been calling for a cut to boost investment.

Chairman Jan du Plessis, however, had previously been adamant that a new CEO would not affect the existing Group approach to the dividend, and is believed to have the support of CFO Simon Lowth in supporting this.