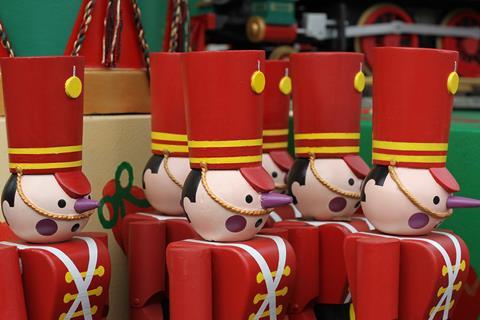 BT Group released its results for the three months to 30 June 2020 (Q1 FY20–21), covering the first full quarter affected by the COVID‑19 pandemic and the dramatic impact of lockdowns and restrictions imposed in March 2020.

The numbers showed substantial hits taken on revenue and profitability for the Group as a whole, but management, led by Group Chief Executive (CEO) Philip Jansen, were able to seize back a sense of control and communicate clear expectations for the path the business is on, despite ongoing challenges.

In early-May 2020, at the time of the publication of BT’s full‑year results for FY19–20 (BTwatch, #313), the Group was among the first telcos to report performance in the wake of the pandemic. The tone at the time recognised the uncertainty and saw BT take significant steps in response, suspending its dividend and withholding guidance for FY20–21, with Jansen maintaining it was too soon to tell how the year would develop.

However, in the days that followed, BT’s peers released their response to the crisis, and appeared markedly less cautious and more decisive than the UK incumbent, raising questions as to whether BT’s woes were the result of an underlying condition separate from any pandemic problems.

For Q1 FY20–21, management attempted to address any uncertainty on the Group’s position with clear guidance, and by showing a degree of cautious optimism for the future, all the while acknowledging that parts of the business, most notably BT Enterprise, are likely to face tough times ahead.

Jansen open to dialogue as he makes his mark

On the Q1 FY20–21 analyst conference call, Jansen — who has already shown himself willing to run long on such events — continued to engage with analysts, and to trust his deputies to chime in with support.

On several occasions during the call, the Group CEO returned to analysts to check their questions had been satisfactorily answered and if there was any follow‑up (although he was relatively quick to shut down discussions that appeared on the verge of getting too contentious, such as an attempted dissection of the wiggle room in Group guidance).

Jansen portrayed the current crisis as demonstrating the strength of BT’s strategy, and it is also highlighting the qualities he is bringing to the top job 18 months in — an openness to questions, willingness to acknowledge uncertainty, and recognition of the role of his management team in reviving the fortunes of divisions facing a range of different challenges.

The fibre rollout is the underlying engine driving Group plans, enabling Jansen to portray the telco as a national champion supporting essential new services across the country. The results were preceded by additional detail emerging on Openreach rollout plans that will see a raised focus on rural areas (see below).

The full‑fibre mission is also giving consumer‑ and enterprise‑facing divisions the tools to develop differentiating new services that are being held up as the antidote to declining demand for legacy offerings and weakening profitability.

There are caveats, though. BT is still warning that fibre investment can only materialise in a suitable competitive and regulatory environment.

The hope engendered by fibre is also part of the BT long game, and while Jansen was able to do a good job of keeping eyes on the prize, the difficulties that the Group currently finds itself in were illustrated by expectations that the remainder of the year will see, at best, a 5% decline in both revenue and earnings before interest, taxation, depreciation, and amortisation (EBITDA).

The divisions set to see the brunt of this are the UK‑focused Consumer and Enterprise operations, and the pressures on these areas of the business may be exacerbating another threat to management plans. As the future value of Openreach fibre infrastructure is talked up at a time when the Group’s share price is resolutely down, the Group appears increasingly vulnerable to unwanted acquisitive attention (see separate report). It may now need to find a proactive solution to unlocking the value of its Openreach crown jewels, if it is aiming to continue as a unified, converged operator.

Jansen was far from the only voice on the Q1 FY20–21 call, with the heads of all the customer‑facing divisions contributing alongside the Group CEO and Chief Financial Officer Simon Lowth. The outgoing Enterprise CEO Gerry McQuade featured heavily, with his division perhaps under the greatest stress from ongoing pandemic problems (see separate report), while Consumer’s Marc Allera discussed the specific challenges of running a retail outfit when customers were in lockdown. Jansen also made the effort to bring Global’s Bas Burger into the discussion, highlighting the improving fortunes of the MNC‑focused division, even though analyst interest appeared elsewhere.

Clive Selley of Openreach also appears to have come into his own in the Jansen era, and was in a peppy and expansive mood during the Q&A. He outlined how growing skills and experience in fibre rollout within the access services division may be tailoring nicely to a period when government and regulatory enthusiasm for rapid action on deployment will offer an opportunity for Openreach. Selley was supported by Head of Regulatory Affairs Cathryn Ross, who appears to be making strides in developing an understanding with Ofcom, and is being relied on to explain the new dynamics to the investor community.

Adding to emphasis on the team, Jansen at one point tried to bring in Group Human Resources Director Alison Wilcox to detail BT’s approach to managing employees through the pandemic, and the Group decision to forego the UK government’s furlough scheme and pay its own way. Although Wilcox was not actually on the conference call as an active participant, Jansen’s attempt to bring her in underlines the inclusive approach taking hold at senior level.