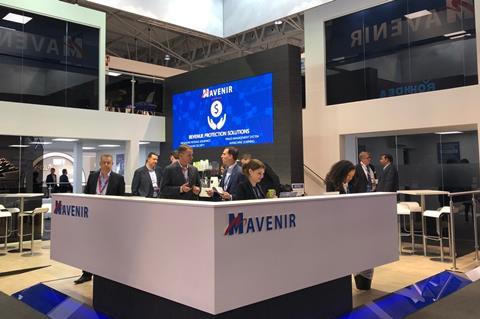 Unveiled at a BT Tower event in early-March 2019, BT believes the virtualised node offering is the first of its kind globally and will help provide good indoor coverage using higher frequency, short-range spectrum in 4G – and soon 5G – networks.

Currently, owners of large premises tend to invest in Distributed Antenna Systems (DAS) to deliver multi-operator coverage, which are expensive to deploy and upgrade.

Smaller premises can provide indoor coverage with a femtocell, but that limits connectivity to one mobile operator. They are also not suitable for public spaces – such as shopping centres, hotels, libraries, universities, stadia, concert venues and hospitals – where everyone wants connectivity, whichever network they use.

Working with network software developer Mavenir, BT has developed a virtual radio access node that can reportedly host up to four operators, with each able to control and manage its own virtual segment of the cell as if it were its own dedicated infrastructure through its own media gateway. The solution is scalable, and will be targeted at businesses and premises of all sizes.

BT expects to offer the node as “a neutral, hosted solution, with an open fronthaul,” which will provide operators with more flexibility, and not require new sharing agreements between operators before any modification or update can be implemented. “It’s the independence and ability to work as an individual operator yet on the shared infrastructure [that] is the real benefit,” according to Gavin Jones, Managing Director of Mobile Operator, Media and Broadcast Divisions within BT Enterprise.

Field trials of the new node are expected in 2019, following the completion of more lab-based and testbed trials.

BT expects to white-label the new small cell solution, but predicts that resellers will find significant demand among landlords who increasingly need to provide good indoor coverage on multiple networks as to attract new business tenants, and which currently requires duplicated deployments and substantial investment.

Operators on board as 5G approaches

Speaking to BTwatch, Jones said that the new node had already been showcased for EE and Telefónica Group’s O2 UK business, and had received “a very, very warm reception from both”.

The telco has also been cleared to submit the solution to the forum managing the Joint Operator Technical Specifications (JOTS) for the UK, and meetings with Vodafone and Three UK are anticipated in the near-future.

JOTS are mutually agreed standards for shared access equipment and solutions in the UK that are set by the country’s network operators.

Jones predicted a swell of demand for products on the nature of the new BT small cell, as 5G begins to emerge later in 2019, and predicted that the offering would help address the challenges of densification in an economically-viable form.

“The estimates are something like there are up to 50,000 small cells externally [in the UK], up to 100,000 internal small cells in buildings and other facilities. As 5G evolves, you have to have something that allows everyone to be unique, that is absolutely scalable, that [can] be upgraded, evolved and changed, and [do so] in almost a kind of cookie-cutter fashion that hundreds of thousands of endpoints require.

Jones stressed that BT is “absolutely on-board” with ensuring the node would fall in line with emerging open-RAN (O-RAN) standards.

He noted that both BT and Mavenir are involved with O-RAN standard development through the Telecom Infra Project (TIP). Mavenir is also a member of the O-RAN Alliance, which emerged in 2018 from the merger of two other RAN-focused bodies, the xRAN Forum and C-RAN Alliance.

While BT is not currently listed as an operator partner for the O-RAN Alliance, there had been indications towards the end of 2018 that TIP-backed O-RAN efforts and the work of the alliance could be merged together (BTwatch, #300). Further news of closer collaboration has not since emerged, however.

Mavenir on a roll

Working at research facilities at Adastral Park, Mavenir is responsible for the virtual network functions of the new node and is acting as BT’s software partner for its trials.

The software vendor was also recently flagged as a contributor to BT’s work on mobile edge computing (see separate report).