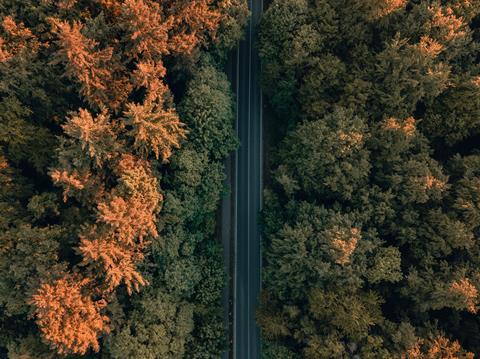 BT presented its headline financials as having been on track, COVID-19 crisis excepted.

On an ‘adjusted’ basis, revenue and earnings before interest, taxation, depreciation, and amortisation (EBITDA) were each down around 3% for the FY. Openreach was the only reporting division to grow revenue in the FY or Q4.

In terms of FY19–20 guidance, BT claimed it had achieved its goal, with adjusted EBITDA hitting its minimum target of £7.9bn, capital expenditure (capex) of £3.9bn at the top of the range, and £2bn in normalised free cash flow bang in the middle. An adjusted revenue decline of “around 2%” was said to have been achieved, although a reported decline of 2.7% is arguably a stretch on the range of the approximation.

BT indicated that it would provide financial guidance later in the year, but whether this will be at the upcoming brief first quarter update in July or at the half‑year update in November is unclear. The only ongoing prediction was on the expected impacts of the coronavirus pandemic on trading, with five risks identified:

Slimming down is coming at a cost

The offloading of assets in Latin America and France, set to be completed in the coming year, also prompted a specific item charge of £127m, as the amount that BT expects to recover from the sales is below the value of the assets previously recognised on its balance sheet. The sale of BT’s Spanish business is expected to be completed for a profit.

Across the results, BT’s customer‑facing divisions reported on points of progress and ongoing challenges across disparate markets.

The divisions that were able to best manage the Group’s overall revenue trend, Consumer and Openreach, also saw more significant declines in profitability.

Global, meanwhile, which has been on a slippery slope on revenue for several years as it retrenches, showed signs that cost transformation efforts and the transition towards the asset‑light model might be paying off. Revenue for FY19–20 was down 8%, but EBITDA increased by 5%.

Enterprise, following a similar path to Global in its turnaround, also saw strongly declining revenue, but experienced a slower fall in EBITDA.

When considering external BT Group revenue, based on the four major service categories used by the Group — fixed access subscriptions, mobile subscriptions, ICT and managed networks, and equipment and other services — it can be seen that income from fixed access still dominates, with mobile the second largest stream.

Despite the impact of digital transformation, in line with aspirations of the sector as a whole, BT’s reliance on access services emphasises the continuing dominance of traditional business for the operator.

While BT Group has been stressing the move away from low-margin revenue streams such as equipment sales, and a focus on higher‑value managed network services, it is striking that the revenue decline for FY19–20 was driven by a substantial drop in supposed growth areas. Meanwhile, the other services line, including equipment sales, was the one element of the business that saw growth at Group level.

Global losing out on mobile and ICT

It may be of particular note that BT Global, which is pursuing a new business model centred on a portfolio of cloud offerings, dynamic networked services and cybersecurity, reported a precipitous decline in ICT and managed services for the year.

The division has declared a “strategic” retreat from low‑margin services (assumed to be hardware and basic connectivity‑related), but the collapse in ICT raises questions about the nature of contracts that have been the basis of this revenue category to date. Enterprise, conversely, can be seen holding ground in this segment, at a time that could be considered earlier days in its transformation when compared to its multinational sibling.

Less positively for Enterprise — and as previously suspected by BTwatch — confidence among senior management that the closer integration of mobility services from EE would provide a significant opportunity for growth has proven unfounded. BT had warned last year that the corporate mobility market was increasingly cutthroat, and a 6% fall in revenue in FY19–20 reflects this. Again, though, it is Global that provides the most startling reversal, with mobile services revenue falling by more than a third in the FY.

Consumer can be seen as consistent in its performance, with modest declines across the board, but with traditional fixed business suffering marginally more than mobile.

Openreach’s external revenue uplift reflects the division’s reinvigorated commitment to support external communications providers (CP). Volume deals that have accelerated the adoption of superfast broadband outside the BT Consumer footprint are evidently paying off, as claimed by the division.