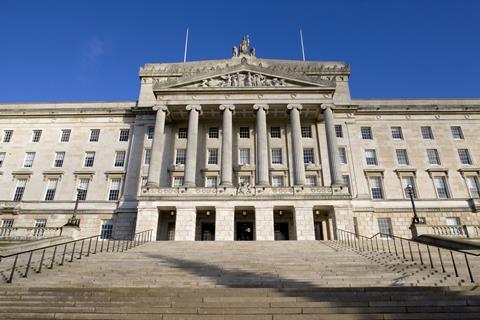 BT Group was prompted to defend its participation in the LandWeb public‑private partnership to manage Northern Ireland’s online Land Registry documents. It was revealed that the telco has received more than double the initial estimates of the contract value, raising concerns that the public are being overcharged for services.

A Northern Ireland Audit Office review stated there was “no evidence” to clearly show that the Land and Property Services agency’s move to deliver online access to the land registry had provided value for money for the public. The deal is, though, generating considerable funds for both the Northern Irish government and BT.

The original contract to deliver an online service was signed in 1999 and called on BT to develop and finance a system for public access to records, including installation, testing, operation, and maintenance of the managed service. In return, the telco receives a set transaction fee for every paid‑for search undertaken using the system. It was estimated the contract would earn BT £46m (€51.3m) over the 20 year duration, but this ballooned to £98m by April 2019, and is expected to reach £107m by the end of the (now extended) contract in 2021.

Over the course of the LandWeb contract, various committees have reviewed the deal, and pushed for the Department of Finance — which controls the Land and Property Services agency — to establish more clearly the value for money that the agreement was providing. There was also an opportunity in 2011 to negotiate a break clause in the agreement that would have enabled the government to exit the contract in 2014. It is the government’s actions at this point that appear to be at the centre of Audit Office disquiet in the latest report. The review found that not enough was done at the time of the 2011 negotiations to secure greater transparency from BT regarding the finances of the project.

It had been recommended by an earlier Public Accounts Committee review that open book accounting procedures should be put in place as part of a series of transparency measures. It also recommended that in future, more benchmarking and market testing be used when agreeing terms of any extension, and that more should be done to ensure that the cost of land registry access is more closely aligned to cost of provision. Little progress was made in getting BT to agree to these changes, however. It also appears that public coffers are being unfairly boosted by the government’s share of the service’s inflated income.

BT points to ground given

The Department for Finance accepted the criticisms of the report, while noting some savings had been negotiated with BT and committed to a review of charges.

Speaking to the Belfast Telegraph, a BT spokeswoman stressed the open and competitive procurement process accompanying the original deal, and noted the commercial risks and costs BT had undertaken. She also highlighted “voluntary financial concessions” during previous reviews of the deal, as well as the ongoing support and system refreshes BT has provided during the contract.

Nevertheless, the audit review, while more critical of the government’s handling of the negotiation process than the stance taken by BT from its position of strength, adds another blemish to BT’s reputation on public contracts in the region. In early‑2019, Ofcom launched an enquiry into whether BT had abused its significant market power in securing a contract potentially worth £400m to provide the Public Sector Shared Network (BTwatch, #304).

It appears likely that a further extension may be negotiated with BT on LandWeb, as the level of work involved in developing a replacement service means the government is unlikely to be in a position to implement a change before the deal is scheduled to expire. The potential extension of the contract is being negotiated by the Northern Ireland authorities with the support of the Complex Transactions Team in the Cabinet Office — an intervention strongly welcomed by the Audit Office.