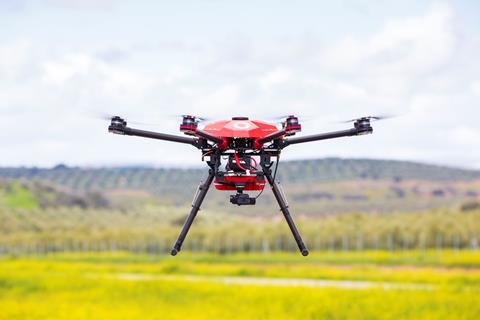 Vodafone UK (VfUK) urged lawmakers to toughen up national drone regulation, as part of its broader security and safety pitch around cellular-connected vehicles.

To underline its case for more stringent drone regulation, VfUK drew attention to a commissioned report put together by WPI Economics, a public policy and economics consultancy, which neatly linked together greater public support for secure drone deployments with knock‑on benefits to the UK economy.

According to a survey wheeled out in the report, tellingly entitled Cellular-connected drones: the benefits to society of regulated drone use, 80% of the British public would support the widespread adoption of drones if better safety, security, and monitoring measures were put into place. The report made several policy recommendations, including:

For good measure, the report also flagged tantalising economic estimates from PricewaterhouseCoopers. In a staggering forecast, the consultancy believes drones will contribute a £42bn (€46bn) increase in UK gross domestic product by 2030, and drum up £16bn in annual cost savings.

This is your problem, and here’s our solution…

Working with various partners, Vodafone is pitching its Radio Positioning System (RPS) — apparently developed in‑house — as something that can tick all the necessary boxes of a tougher regulatory regime for drones (Vodafonewatch, #152 and passim).

One major RPS plus point, asserts Vodafone, is that it provides highly accurate ‘beyond visual line of sight’ (BVLOS) oversight of drones that are fitted with SIM cards. Another touted RPS benefit is that it is more secure than the satellite-based General Positioning System (GPS). According to Vodafone, RPS is much harder to spoof or hack than GPS.

Alongside Spain and Germany, the UK is a stomping ground for drone trials and initiatives in Europe (see table). A UK regulatory push on closer monitoring of unmanned aerial vehicles (UAV) is something the Group no doubt wants to see mirrored in other European markets, giving it more opportunities to play into its network strengths.

Coming alongside the report’s publication, Vodafone added a page to its Group website indicating it is set to step up go‑to-market activity around drone use‑cases. The page flags Vodafone is “preparing to welcome connected drones to its global network”, and points readers towards collateral on connected‑drone development work and other papers and articles on their potential.