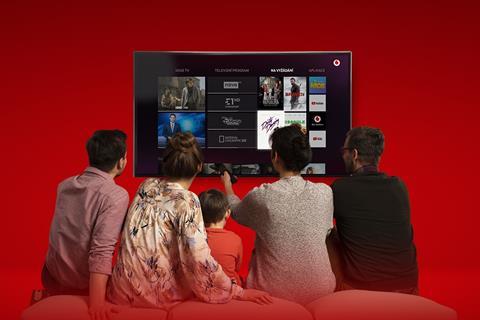 During more than six years at Vodafone, Rodrigues drove the consolidation of the operator’s fragmented legacy TV technology across the Group onto the Vodafone TV platform. Available in all the telco’s main TV markets, Vodafone TV is based on Kaltura’s Cloud TV solution and runs on Amazon Web Services’ public cloud (Vodafonewatch, #158, #168, #180, and #195).

He said on LinkedIn that, “after building a great TV product from scratch with an awesome team and giving it a good push in ten+ countries”, he was moving on to Kaltura.

In his new position as Senior Vice-President of Product, he said he will be “taking the video disruption business head on” and “helping transform Kaltura into the most exciting video product company you have ever seen”.

Rodrigues is not the first to make the journey from Vodafone to Kaltura. He will join Nuno Sanches, General Manager of Media & Telecom at Kaltura, who left Vodafone in December 2019. Sanches was Group Head of Fixed Product Development at Vodafone from 2014 onwards and led the development of the Vodafone TV platform (Vodafonewatch, #182). Prior to joining Vodafone, both Rodrigues and Sanches worked at Portuguese operator NOS in TV product development roles.

Next steps for Vodafone TV

One of Kaltura’s partners is JUMP Data-Driven Intelligence, a Spanish startup founded in 2016 that has developed a cloud-based business intelligence platform that provides data analytics for pay-TV operators. The platform is said to generate insights that help operators better understand customer behaviour. The company lists Vodafone as one of its customers.

Vodafone has also been melding reporting capabilities through international roll out of a Celfocus-supported Vodafone TV Analytics platform, again based on AWS (Vodafonewatch, #174).

At the end of June 2021, Vodafone had more than 22 million TV customers (including those of Dutch joint venture VodafoneZiggo, which totalled 3.8 million at the end of March 2021).

Kaltura launched an IPO and started trading on the Nasdaq stock exchange in July 2021. The IPO was first announced in March 2021, with the offer price set to raise up to $353m (£256m/€295m), valuing the company at $2bn, but it was postponed — reportedly due to lower-than-expected demand. The revised IPO aimed to raise about $150m and gave Kaltura a market value of approximately $1.2bn.

Vodafone TV services based on Kaltura’s cloud platform are available in nine countries, “with additional markets being under deployment”, according to the prospectus, which noted that the services can be introduced to new markets in seven months. “Kaltura transformed Vodafone TV from a monolithic and hardware-centric architecture, with expensive on-prem deployments and CPE [customer premises equipment] that varies per market, into an elastic multi-tenant SaaS [software-as-a-service] operation, lowering the costs per subscriber by 50%”, claims the document.

The Israeli company was founded in 2006 and is headquartered in New York. It had 584 employees in 22 countries at the end of 2020. Kaltura’s engagement with Vodafone goes back to at least 2015 when it announced a contract with Vodafone Spain, which was followed by Vodafone Italy in 2017, and then an expanded deal for multiple countries (Greece, Romania, and Portugal) in 2019 (Vodafonewatch, passim).