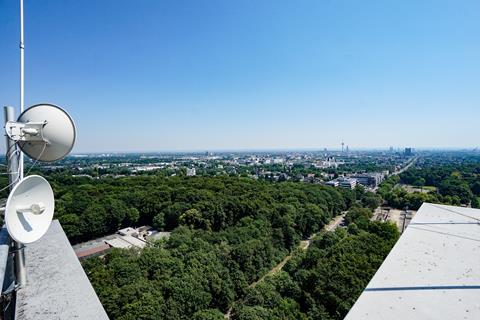 Vodafone claimed to have successfully demonstrated that Low Earth Orbit (LEO) satellites can provide effective backhaul for mobile services, including 5G, via a collaboration with Canadian satellite operator Telesat and the University of Surrey.

The test, which was conducted in April 2019, connected Telesat’s Phase 1 LEO satellite with the University of Surrey’s (Vodafone-supported) 5G testbed network, and saw Vodafone providing engineers for the project, as well as licensing and “some” funding.

The test results confirmed round-trip latency of 18–40 milliseconds, which was said to be low for a satellite connection. The demonstration supported video chatting, web browsing, and simultaneous streaming of up-to-8K video. 4K video was also transferred to the edge of the 5G network, demonstrating a potential future 5G use‑case.

“The use of LEO satellites provides an additional mobile backhaul option and can be an important part of the delivery system, particularly to customers in our markets who live in rural areas.”

Telesat intends the LEO constellation to ultimately include more than 500 satellites, providing capacity for mobile operators and other verticals, such as aviation and maritime. The platform will leverage Telesat’s international priority spectrum rights in the Ka‑band and patent-pending LEO architecture, and is said to offer a combination of capacity, resiliency, security, and speed with ultra-low latency, which is purported to be “equal to, or better than, the most advanced terrestrial networks”.