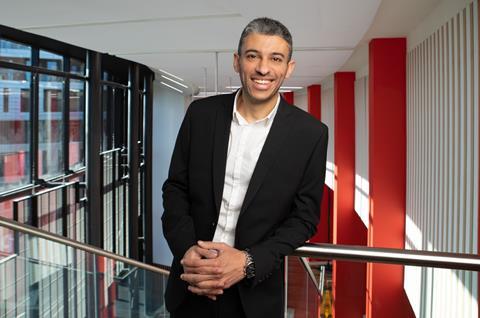 He echoed the buyer’s remorse rhetoric employed by Vodafone Spain CEO Colman Deegan earlier in the month, with talk of Vodafone’s past technology outsourcing exercises hindering agility and competitiveness.

El Sayed was handed additional responsibilities in the leadership of Vodafone’s Software Engineering unit earlier in 2021. It sits within the Group’s Technology domain, covering twelve European markets under Wibergh’s eye.

Although the “build not buy” concept is the Group’s aspiration, Vodafone’s setup is not conducive to such a change, according to El Sayed. He said it requires a shift to focus on in‑house software engineers.

This is set to change with last week’s announcement of a software engineer hiring spree, which will add 7,000 to the 9,000‑strong roster by 2025. Wibergh noted that the 7,000 figure will include internal upskilling and reskilling in addition to external hires.

El Sayed pitched the recruitment drive as evidence of the Group’s prioritisation of internal R&D.

“ We are pushing to the whole organisation that the future is about software. It doesn’t matter if you are in finance, operations, or development, you will have to understand software engineering. That is the message we are putting out there. ”

El Sayed went on to describe Hungary as Vodafone’s transformation testbed — Vodafone Technology’s “pilot market” — and gave an update on the so‑called Project Bridge that has been ongoing in the country.

Having selected Netcracker after an RFP in 2018, the Project Bridge team set about implementing three core principles at Vodafone Hungary, with a view to produce lessons learned and draw up plans to scale the transformation to other markets. These principles were:

El Sayed praised the Netcracker partnership, saying Vodafone’s experiment in Hungary would not have been successful without it. He conceded that “they are not 100% as agile as we would like, but we are aspiring for the same”. “We speak the same language”, he added.

The Project Bridge team consists of “140+” people who “work together, eat together, and live together”. He noted that the transformation project required a “very strong” CEO because it impacts the whole organisation. “It covers everything, from business to UX to the whole digital teams, reporting, and testing”, he noted. Vodafone Hungary CEO Amanda Nelson, who took the reins in 2018 (Vodafonewatch, #160), is the “very radical” CEO needed, according to El Sayed.