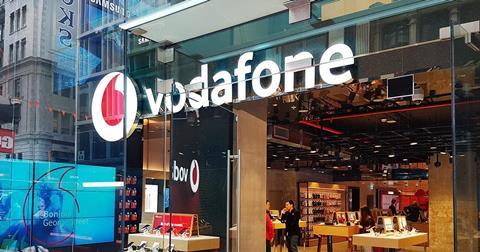 Through a “scheme of arrangement”, effective two weeks before the merger in mid‑July 2020, TPG Telecom changed its name to TPG Corporation Limited, allowing the merged entity to take the TPG Telecom marque. It now trades under the “TGP” ticker on the Australian Stock Exchange (ASX).

Vodafone and Hutchison Telecommunications (Australia) Limited (HTAL) each own an “economic interest” of 25.05% in the merged entity, with TPG shareholders holding the remaining 49.9% (see table).

TPG Telecom’s interests in Singapore are not included in the VHA tie‑up. They have been demerged and listed separately as Tuas Limited (‘Tuas’) on the ASX.

As expected, Iñaki Berroeta keeps his VHA position as Chief Executive (CEO) in the new‑look TPG (see table). Alongside him on the board are David Teoh (Chairman) and Shane, his son, as Non-Executive Director.

The “merger of equals”, as TPG Telecom likes to describe it, represents a remarkable rise for industry maverick and billionaire recluse David Teoh, who started TPG in 1992 selling computer parts. His desire for market growth, through aggressive pricing and acquisitions, may be a source of tension among Vodafone old hands.

The merger is also something of a comedown for Vodafone’s JV in Australia, which has often struggled to make its mark. Perhaps no surprise then was Berroeta’s eagerness to press the reset button.

“We look forward to delivering the competitive benefits of the merger to consumers… by bringing VHA and TPG together we will have the ability to drive stronger competition, increase network investment and innovation, and will be better placed to deliver greater returns to all our shareholders.”

Executives of the former VHA are prominent in the newly minted Executive Board of TPG Telecom, although TPG staffers have taken the key chief financial officer (CFO) and chief operating officer (COO) slots, working under Berroeta.

Former VHA retained by Berroeta in top positions include:

Bigger and better together (they hope)

Integration and “synergies” are always easier said than done, of course, and Berroeta and his team will have their work cut out to achieve them (see table).

The merged company’s implementation plan for the “coming months” includes:

The integration of TPG spectrum and small cells into VHA’s mobile network began in mid‑July 2020 on the merger’s announcement, resulting in an immediate 20% uplift in capacity in Canberra with the roll out of 1800MHz spectrum to 99 sites, and further deployments planned for “other areas over coming weeks”.

Berroeta acknowledged that the two businesses will “largely continue running side by side”, with teams to integrate “over time”.