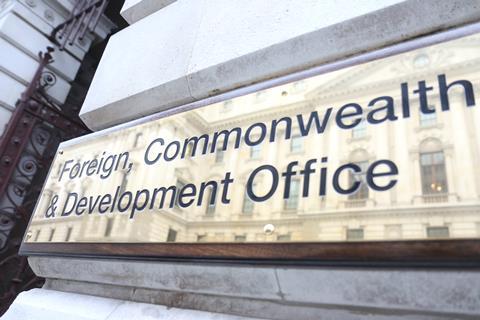 Vodafone’s lawsuit against the UK Foreign, Commonwealth, and Development Office (FCDO) over the procurement process for a £184m (€219m) secure communications contract is set for an expedited preliminary issue trial in January 2022.

The disputed contract — for providing connectivity to 532 sites in 170 countries for the FCDO, Department for International Development, and British Council — was awarded to Fujitsu Services in July 2021 after a previous procurement attempt was challenged and abandoned in 2019.

Vodafone was one of two losing bidders and sued the FCDO in September 2021, claiming that the bidding process was flawed and breached European Union rules, according to Law360. The operator wants the government to re-run the tender process.

Vodafone alleges multiple errors were made in the process. For example, none of the three bidders are said to have met the minimum technical requirements, yet Fujitsu was successful anyway. The process was also shortened so that decisions were based on initial tenders without further negotiation with bidders.

A High Court judge determined that the FCDO could enter into a “conditional contract” with Fujitsu before the Vodafone trial begins, and that the agreement will not end up being finalised if the trial goes in Vodafone’s favour or until issues are resolved, reports Law360. The judge noted that the issue to be determined at the January preliminary trial is “whether the defendants acted unlawfully in abridging the timetable and awarding the contract on the basis of initial tenders only, without further negotiation”.

Vodafone is the incumbent supplier for this government contract, which it inherited from the acquisition of Cable & Wireless Worldwide in 2012. Vodafone’s case claims that the contract is “not particularly lucrative but global in coverage and prestige”. Losing goes beyond reputational damage and could affect future bids for large public sector contracts, the operator claimed.

This is the latest twist in this procurement saga. Vodafone and Fujitsu have had legal dealings with the UK government over this contract before.

The UK government awarded Vodafone £740,000 in costs after admitting errors in assessing bids for an eight-year, £90m “global connectivity” contract awarded by the Foreign and Commonwealth Office (FCO) in November 2018. Fujitsu was also awarded an undisclosed sum. According to a report from the Daily Mail, Fujitsu had threatened to take the FCO — which ran the tender process — to court, for “getting its sums wrong”.

After the claim was made, FCO civil servants discovered “flaws in the normalisation of two of the bids during the financial evaluation”. Rather than risk losing an expensive litigation battle in court, the UK government agreed to pay costs incurred by Vodafone for work already done on the contract, and to settle Fujitsu’s legal bill. It was enough for Fujitsu to withdraw its claim. At the time, an FCO spokesperson said another tender for the work would be issued (Vodafonewatch, #178).