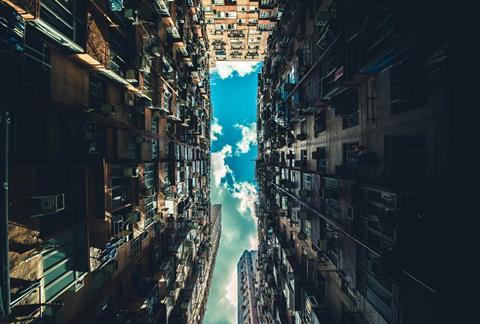 Vodafone was the lead research partner on a study by the Next Generation Mobile Networks Alliance (NGMN Alliance), considering options for cost‑sharing on the deployment of small cells, with a particular focus on how mmWave spectrum could be put to use for 5G services. While not providing definitive strategies, the Ideas for Small Cell Cost Sharing report advocates a rethink on European operators’ approach to infrastructure rollout from both a business case and architectural perspective.

The study considered a range of deployment options that might make using the high frequency spectrum for 5G services an economically viable option. The principal challenge considered by the research is the limited range of mmWave spectrum, which will mean a very dense network of small-cells will be needed to create a workable service. Managing the cost of this in terms of buildout, operation, and maintenance, appears prohibitive without some form of cost‑sharing.

The report considers sharing based on three core ideas that individually could be used to develop a shared network for small-cells, but could also be combined in a range of iterations. The key ideas put forward are:

While not nailing its colours to the mast of any one approach to small-cell network sharing, the report does appear to lean heavily on what it considers the novel approach offered by MOCN sharing from an architecture perspective.

According to the NGMN Alliance, secondary node sharing “goes a long way towards addressing the small-cell business case challenge” that prompted the report, as it enables more cells to be built to the benefit of end‑users, while also maintaining incentives for operators to compete on coverage and, potentially, on capacity at specific sites.

The report “encourages” the adoption of a Hong Kong style auction approach to determine who builds MOCN sites and how this is funded, although it also recognises the potential for the introduction of a neutral host company to which spectrum could be allocated or donated. This neutral host TowerCo would then be in a position to focus investment on infrastructure build, rather than spectrum acquisition. This would, though, raise eyebrows among some regulatory bodies — and some operators — by undermining pre‑competition principles.

The report also raises the prospect, in a secondary node MOCN setting, of operators continuing to maintain their own exclusive spectrum over the shared infrastructure. With mmWave frequencies considered plentiful, the report suggested that proprietary bandwidth could be used to offer additional operator‑specific capacity, and dedicated enterprise services over the shared infrastructure. This potential for differentiation could further assuage any regulatory qualms.

Regulatory buy‑in a critical element of any plan

Despite this apparent secondary node MOCN preference, the report is clear that support from the local regulator will be essential for any collaborative approach adopted by multiple operators to have a chance of success.

The NGMN Alliance recognises the importance of regulators stepping in where it sees the risk of damage to the market, but otherwise calls for a non‑prescriptive approach to oversight. The report concludes with a plea for regulators to resist imposing an approach “against the best advice of the operators”, which it claims could undermine competitiveness.

Vodafone has already taken steps to pursue the implementation of MORAN technology in relation to its UK 5G rollout (Vodafonewatch, #183).

This approach is likely linked to the development of its joint venture with Telefónica UK, Cornerstone Telecommunications Infrastructure, which recently committed to extend active sharing arrangements to 5G (Vodafonewatch, #156 and passim).

Meanwhile in Denmark, Telenor and Telia, have used MOCN technology to deploy a shared network trialling 5G services in conjunction with vendor partner Nokia. Although neither operator was a party to the NGMN report, Nokia Bell Labs was a contributor to the report.