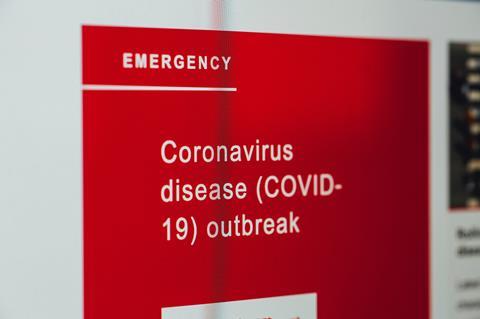 Vodafone remained largely silent, for external audiences, regarding the impact of the coronavirus pandemic on its financial and strategic position — although the growing spread of the disease throughout key European markets will no doubt dominate its upcoming results discussion for the year to 31 March 2020 (FY19–20), due for delivery on 12 May 2020.

With officially recorded cases rising to nearly 40,000 across the operator’s four major Europe Region territories (as of mid-March 2020), and social-distancing measures being tightened on a daily basis, the pandemic will already have had a major impact on the Group in areas such as employee welfare, events and meetings, remote-working, and allocation of network and customer resources (Vodafonewatch, #183). Disruption will have been heightened by the unfortunate juxtaposition of key Vodafone hubs with epicentres of contagion, such as London, Madrid, and Milan.

Financially, it is not yet clear how much damage will have been wrought during the final quarter of FY19–20 or on Vodafone’s results for the twelve months — which leadership had forecast would see slight growth in core earnings and a small drop-back in free cash flow (Vodafonewatch, #175 and #181). JPMorgan has predicted Eurozone GDP will drop by 1.8% in the quarter, with the trend worsening to ‑3.3% in the three months to 30 June 2020. Globally, the Institute for International Finance has warned that GDP growth could decelerate to 1% during the year to 31 December 2020, from 2.6% the previous twelve months.

Vodafone and other telcos may, however, be able to demonstrate what are classed as ‘defensive’ investment characteristics in that at least parts of their businesses may prove comparatively resilient at a time when workers and others are being actively encouraged if not mandated to confine themselves to homes and interact digitally.

The share price returned to above 100p in the days subsequent to 16 March 2020, as governments announced fiscal stimulus measures.

Time to revisit the PowerPoint

With supply chains being disrupted and employees avoiding travel and office-based work, the situation will also likely colour any strategic aspect to Vodafone’s FY19–20 presentation, including future initiatives. The discussion had looked set to see a reveal of the Group’s next medium-term plan, possibly fleshing out:

As and when the dust settles, it will be interesting to see how the pandemic reshapes Vodafone thinking regarding supply chain diversity and resilience — already a hot topic with the US’ attempted clampdown on Chinese supplier participation in telecoms infrastructure.

External communications from Vodafone have so far dealt solely with its short-term response to the pandemic.

At Group level, the operator released what it called a “five point plan”, stressing focus on:

No further detail was offered on the measures, which will remain in effect until 1 September 2020, when the operator “hopes the immediacy of the current crisis will have reduced”.

Around OpCos and other functions, the focus was on a mix of ensuring employee wellbeing, preserving service continuity amid changing usage patterns (particularly increased gaming and video streaming), and providing additional support to customers, especially those organisations on the front line of the crisis. Responses were noticeably varied, however.