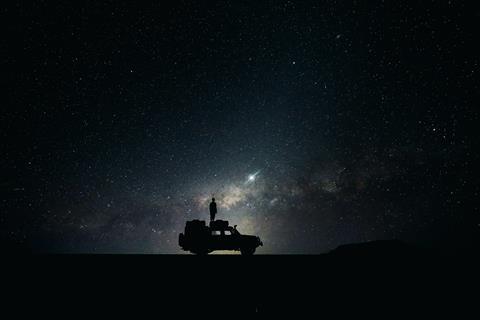 NPA shareholders approved the previously‑mooted acquisition on 1 April 2021. AST SpaceMobile — within which Vodafone already held a minority stake (Vodafonewatch, #182 and #184) — began trading on the NASDAQ exchange under the ticker “ASTS” as of 7 April 2021.

Capital raised from the transaction — $462m (€388/£337) — is a split of cash from NPA and a $230m private placement investment comprising contributions from American Tower, Rakuten, USB O’Conner, and Vodafone. “The company held no debt on the balance sheet at closing”, the announcement added.

The financing will help fund “phase one” of a commercial launch in partnership with Vodafone, Abel Avellan, Chairman and Chief Executive of AST SpaceMobile, said. The partnership aims to bring low‑earth‑orbit (LEO) satellite coverage to “49 countries in the equatorial region” in 2023.

Vodafone will leverage the technology to bring coverage to hard‑to‑reach geographies in Ghana, Kenya, Mozambique, and Tanzania, among others (Vodafonewatch, #192).

Alongside Africa, AST SpaceMobile plans to cover territories in Asia and Latin America in 2023. This initial stage would bring connectivity to around 1.6 billion people. The longer‑term plan, if realised, is to achieve “full global coverage” by “end‑2023 or early-2024” using approximately 110 satellites.

In comments made to CNBC, however, Avellan said he was unconcerned about increasing competition: “We don’t see the other satellite [LEO- or high‑altitude] constellations like Starlink as a competitor”. “We think that is a great thing they are happening”, he added, because “they lower the cost of launch and they make space more affordable, basically, to the masses”.

Other players of note include Canadian satellite operator Telesat and internet access venture Oneweb. The latter has reportedly entered talks with BT to deploy satellite coverage to remote regions of the UK (BTwatch, #321), and hopes to become a non-terrestrial olive branch to “telecom companies around the world”. Its in‑orbit fleet stands at 110.