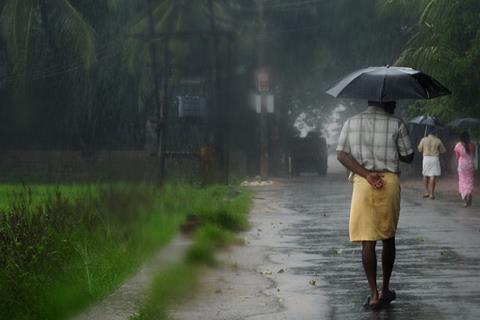 Vodafone Idea (VfI) faced a thumping bill in excess of INR 390bn (€4.9bn/£4.2bn) for unpaid spectrum usage charges (SUC) and licence fees after a stunning legal defeat to India’s Department of Telecommunications (DoT). The Supreme Court upheld DoT’s view that its definition of adjusted gross revenue (AGR) should be broadened to include ‘non‑core’ revenue.

How much India’s operators pay in SUC and licence fees is calculated as a percentage of AGR, so the expansion in the latter’s scope has a major impact on VfI’s liabilities. Further, since DoT’s legal fight has lasted 16 years, unpaid charges and fees have racked up considerably, along with penalties and interest related to missed payments. The government is technically entitled to collect more than INR 1.3trn from what is already a financially embattled telecoms sector, although that could prove difficult. Many of the operators that would have been affected by the AGR adjustment no longer exist. DoT has still to set a timeframe for calculating and paying the monies owed.

Another chapter in Vodafone’s Indian tragedy

VfI is the worst affected among operators left standing. As of 5 July 2019, the joint venture’s (JV) licence fee dues were a shade under INR 200bn. Outstanding SUC hovered around INR 190bn. Given that the JV’s balance sheet is creaking under the strain of competitive pressure and necessary network investment, the Supreme Court ruling sent VfI’s share price into a tailspin (although it has recovered somewhat since).

VfI is seeking another visit to court. “We will study the ruling as soon as it is available, along with our legal advisers, to determine next steps. If there are technical or procedural grounds for doing so, this could include a review application”, said the JV. Subsequently, VfI and rival Bharti Airtel were confirmed to have filed petitions with the Supreme Court in a bid to secure such a review.

Vodafone: not bailing out but no bailout

The court ruling set off an avalanche of speculation about the potential repercussions for VfI and Vodafone as a whole — although the Group is somewhat sheltered after loading Indian debt onto VfI as part of the JV’s 2018 creation (Vodafonewatch, #153 and #168).

Vodafone leadership’s focus is now on securing some remedial help from the government to soften the blow of the ruling.

In early‑October 2019, local reports emerged that Read had met with Anshu Prakash, the new Secretary of the Department of Telecommunications, to discuss financial relief measures. These include a suggested two‑year moratorium on spectrum payments, a reduction in licence fees and taxes, and a waiver of interest and penalties from the AGR case.

Kumar Mangalam Birla, Chairman of both ABG and VfI, reportedly told a December 2019 conference that it will be the “end of the story for Vodafone Idea” if no relief on the AGR dues is forthcoming.

The Supreme Court blow has also had repercussions for VfI’s spend plans, with capital expenditure being squeezed (see separate report).

In a wide-ranging interview with India’s Economic Times, Vishant Vora, Chief Technology Officer (CTO) at VfI, referenced the ongoing, burdensome instalments related to clearing the slate on existing licence concessions. He described the industry as being in a “serious debt situation”.

Vora also insisted that the JV had no desperate need to go shopping for more licences in India’s upcoming auction of airwaves (see below). He highlighted what he thought were VfI’s comparatively extensive, pan‑Indian 1800MHz assets, underpinned by lengthy licence durations, and said these offered a “long-term roadmap”.

Growing expertise in dynamic spectrum sharing, which makes it easier to switch use of the same frequencies (deploying 5G, for example, on frequencies originally set aside for 4G or 3G) was another reason why the CTO ventured that more spectrum was not as pressing as it might be otherwise.