Vodafone Germany made changes to its senior leadership team as the Group’s Technology function rework made its local impact, and new strategy and financial chiefs were named.

In brief, the changes saw the creation of a new Strategy & Transformation domain, which in turn has split the management of the operator’s financial planning and controlling unit from its strategic and transformation activities, requiring a new Chief Financial Officer. The dissolution of the Technology unit was also confirmed, as Vodafone Germany comes on board with the Group’s centralised, TechCo ambition which offshores Technology and Networks oversight to European management. 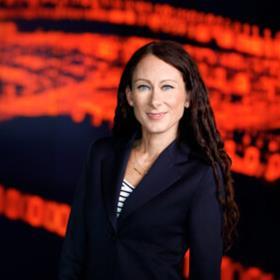 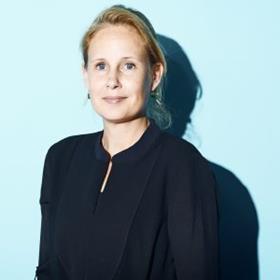 Anna Dimitrova, formerly Managing Director for Finance & Strategy at Vodafone Germany, was named Chief Strategy & Transformation Officer. Her new role covers “all transformation activities” at the operator, and comes with an ambition to grow Vodafone’s market position through developments in mobile and fixed propositions, as well as in the pay-TV market.

Carmen Velthuis was appointed CFO. She was previously CFO for Vodafone’s EU Cluster markets, where she has supported “strategic, tactical, and operational matters” since 2017. She joined the Group in 2015 to lead the Finance function at Vodafone Netherlands as it acquired and integrated with Ziggo.

Gerhard Mack, Chief Technology Officer since 2018, confirmed his departure from the Group to “take on a new challenge”. The vacant CTO spot will not be filled, given the formation of a Group Technology organisation that has gradually extended its reach to take hands-on leadership of IT and Network functions across Vodafone’s European OpCos. In early-2021, Mack was named a pivotal figure in establishing that central Technology operation.

Dimitrova and Velthuis will take their new titles on 1 March 2022, with Mack’s exit scheduled for the end of that month. 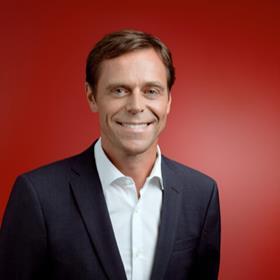 Ringing endorsements and a fond farewell

Mack is yet to confirm his next move. In announcing his departure, Vodafone Germany Chief Executive Hannes Ametsreiter described Mack’s contribution as “enormous and long-standing”. He joined Vodafone via its 2013 acquisition Kabel Deutschland, where he was MD, and he led Vodafone Germany’s Commercial Operations before he moved to CTO two years ago.

Ametsreiter pointed to the wealth of experience Dimitrova and Velthuis each bring to their respective positions. Specifically, he noted Dimitrova’s two decades’ experience within Vodafone Group, which has seen her play senior roles in the integration of Vodafone Germany’s cable business and lead the OpCo’s Finance function through a challenging pandemic. Velthuis, a comparative newcomer with only seven years in the Vodafone fold, holds a seat on the OpCo’s Supervisory Board.

The creation of a distinct Strategy & Transformation domain, which previously sat under Dimitrova’s erstwhile Finance & Strategy remit, reflects a recurring interest in ‘transformation’ at Vodafone Germany. Ametsreiter has used the theme in each of the Executive Committee changes made in the past twelve months.

In early-2021, Heide Baumann was brought in from Microsoft Germany to lead Commercial Operations at the German OpCo. When she joined she was said to be something of a transformation guru, and had held a Chief Transformation Officer title at both BT and Microsoft before joining Vodafone.

Later in the year, Bettina Karsch vacated her Human Resources leadership role to make way for Felicitas von Kyaw, appointed in January 2022 to “play a key role in shaping our transformation into a digital company”, according to Ametsreiter.

Vodafone Group’s split-structure, data science-led TechCo strategy was unveiled in 2021, with Scott Petty installed as IT Director and Alberto Ripepi as Networks Director. The change has been mirrored one by one across Vodafone’s OpCos, with operators in the Group’s four primary European markets — Germany, Italy, Spain, and the UK — employing a similar structure.

Vodafone Hungary and Vodafone Ireland are the sole EU Cluster OpCos to follow the split model explicitly, while others have opted for variations on the same.