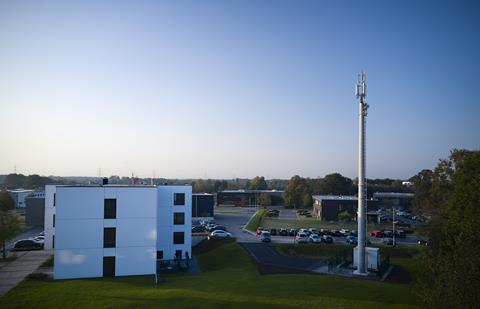 The updated arrangement gives each operator the option to “commercialise” their 50% stakes in the TowerCo as they see fit. The agreements run for an initial term of eight years, from 1 January 2021, with the option of three, eight-year renewal periods. They establish Cornerstone as a preferred supplier of new sites for both operators.

While it remains uncertain which monetisation path Telefónica Group will pursue, Vodafone intends to transfer its CTIL shareholding over to Vantage Towers by the end of January 2021. Based in Germany, Vantage Towers incorporates nearly all of the Group’s tower assets in Europe (see table). The TowerCo is aiming for an initial public offering (IPO), currently slated for early-2021. There was speculation at one point that Vodafone and/or Telefónica could monetise part of their CTIL holdings, too — but in Vodafone’s case, this ambition appears to have been overtaken by the complexities surrounding Vantage Towers’ creation and preparation for the upcoming flotation.

The addition of CTIL’s 50% stake to the Vantage Towers portfolio is one of the last pieces of Vodafone’s tower-asset restructuring programme in Europe. Dutch JV VodafoneZiggo remains a notable gap, however. During 2019, the Group stated it was “exploring network-sharing/tower options” in the Netherlands, while the JV flagged it was intending to “explore potential monetisation opportunities for our mobile towers portfolio”. As far as TelcoTitans can determine, neither has updated on their thinking since.

“ Cornerstone is exactly the type of high-quality grid we like to own: a number one market position, and two strong anchor tenants with network sharing agreements in place for whom we are the preferred supplier. We look forward to working with our anchor tenants to power the UK’s digital transformation, enabling the roll-out of 5G networks to benefit business and consumers and ensuring greater mobile coverage for all. ”

There is also a boost to Vantage Towers’ pro forma FY19–20 (ended 31 March 2020) financial heft. Cornerstone racked up adjusted EBITDA after leases (AL) of £111m (€124m) over the twelve-month period, so adds €62m to Vantage Towers’ pro forma aggregated adjusted EBTIDA AL (based on Vodafone’s 50% shareholding in Cornerstone). According to figures provided by Vantage Towers at its Capital Markets Day in mid-November 2020, consolidated adjusted EBTIDA AL for FY19–20 — which includes its minority stake in Infrastrutture Wireless Italiane (INWIT), but not Cornerstone — was an estimated €680m. This figure was met with a lukewarm response in some quarters of the financial community, so CTIL’s addition to the Vantage Towers stable will be welcomed.

UK growth is also seen as in the pipeline. “To facilitate the effective roll-out of 5G technology and meet coverage obligations”, Vodafone UK and Telefónica UK said they had agreed to commit as anchor tenants on around 1,200 new macro sites to be constructed by Cornerstone by March 2024, and some 1,950 new passive tenancies on existing macro sites operated by the JV by March 2025. The upshot is an expected run-rate adjusted EBITDA AL contribution of approximately £17.5m by FY25–26.

In prepared remarks to set the scene for Vantage Towers’ Capital Markets Day, Badrinath was in bullish mood. With the clear aim of whipping up investor enthusiasm ahead of an IPO, the CEO flagged (as of 17 November 2020) “firm commitments” from “our customers” to build 7,100 new sites.

The tenancy ratio for Vantage Towers, averaged out across its European assets, was around 1.3× as of 30 September 2020. The aim is to increase that in the “medium term” to at least 1.5×.

“ With inflation-linked revenue — secured for the long term — from Europe’s leading mobile operator Vodafone and other high-quality investment-grade tenants, and a strong balance sheet, we have a powerful base from which to capture exciting organic and inorganic value accretive growth opportunities. ”

Vantage Towers added it was “preserving the strategic flexibility to pursue additional organic and inorganic opportunities”. €1bn of leverage capacity is apparently available, complemented by the issuance of equity, “to fund larger opportunities”.