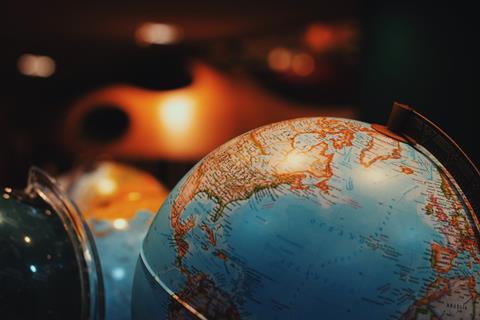 Vodafone reported a double-digit jump in revenue generated by its network of Partner Markets alliances, aided by Vodafone New Zealand’s decision to join the federation when being offloaded by the Group in 2019.

The organisation, set up in 2002 to expand Vodafone’s selling and buying power beyond its own operations, ended the period with partnerships in 43 countries, up from 41 twelve months earlier (see here for a full rundown of Partner Markets relationships).

The organisation’s turnover included €9m in Partner Markets services revenue from joint venture Vodafone Hutchison Australia (VHA) and €12.6m from Kenyan investment Safaricom — both of which sit in the Partner Markets family, despite being Group interests.

Oman and New Zealand step on board

While media and financial timetables may not necessarily sync up, Partner Markets deals announced during FY19–20 included:

Vodafone has since FY19–20 renewed its relationship with MTS, now covering Armenia, Belarus, and Russia, and expanded a tie‑up with Vodafone Fiji parent Amalgamated Telecom Holdings to Cook Islands and Kiribati (Vodafonewatch, #186 and #193).

VHA also completed its merger with TPG Telecom in Australia, with the refashioned joint venture recently re‑committing to use of the Vodafone brand (Vodafonewatch, #193).

While brand licensing is a key part of the Partner Markets portfolio, Vodafone breaks out revenue from this line separately. Its FY19–20 brand sales came in at €576.8m, down 5%.

Vodafone Sales & Services — which also processed revenue from the (now-sold) Vodafone Money Transfer platform during FY19–20— remained highly geared towards Europe during the year, reflecting the near-region-wide footprint Vodafone enjoys through both OpCos and Partner Markets allies such as A1 Telekom Austria, Elisa, and Tele2. Nearly two thirds (62%) of the entity’s overseas sales came from mainland Europe.

Elsewhere, gaps in the Partner Markets line‑up remained on show: