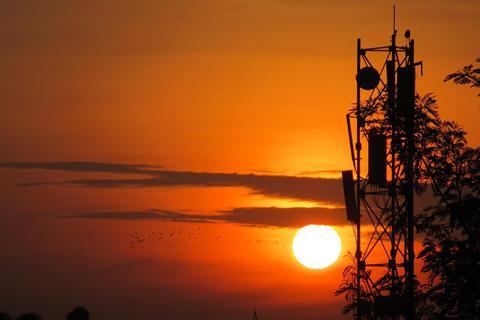 Magambo has been appointed Managing Director of the as-yet-unbranded TowerCo, ending a stint as Chief Executive of American Tower’s operations in Uganda.

He joined the US infra giant in 2015, following a three-year spell as Director of Sales & Marketing at Helios Towers in Tanzania.

His tenure spanned a sale-and-leaseback deal Helios agreed with Vodacom Tanzania in 2013, which covered all of the OpCo’s then-1,149 sites, and is Vodacom Group’s largest tower outsourcing move to date (Vodafonewatch, #116).

In May, Group Chief Executive Shameel Joosub said the legal setup process was in its final stages (Vodafonewatch, #207). It has also evidently started recruitment in earnest, to build out its wider exec team, with recent weeks seeing ads placed to fill roles in finance, logistics, procurement, and elsewhere.

As with parent Vodafone’s Vantage Towers spinout in Europe and other Group tower interests, Vodacom is betting on the new venture’s ability to build up a sizeable commercial pipeline with both Vodacom South Africa and rival operators in its home market, while also improving efficiency and laying the groundwork for monetisation through a strategic tie-up.

Further out, it has indicated it could replicate the model in its other regional territories, which include Democratic Republic of Congo; Egypt (prospectively); Ethiopia; Kenya; Lesotho; Mozambique; and Tanzania. At 31 March 2021, Vodacom had 14,635 mobile sites in South Africa (with 98% ‘self-provided’ with high-capacity backhaul), plus 8,295 in international markets.

The plan is one of a number of striking infra asset reshaping ideas being pursued by Vodacom, as part of its medium-term Vodacom Vision 2025 strategy. Others include: