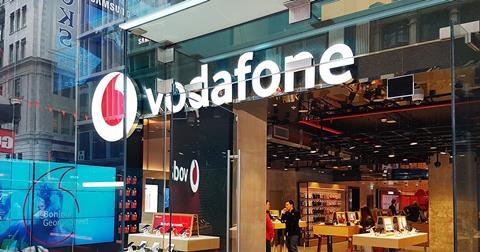 Vodafone, at least as a company name, is erased from the Australian telecoms landscape. Through a “scheme of arrangement”, effective two weeks before the merger, TPG Telecom changed its name to TPG Corporation Limited, allowing the merged entity to be take the TPG Telecom marque. It now trades under the ‘TPG’ ticker on the Australian Stock Exchange.

Under the merger arrangement, VHA acquired 100% of TPG’s shares, which turned TPG into a wholly owned subsidiary. TPG shareholders then got back in return one share of the newly merged company for each TPG share they owned. TPG’s existing business units, according to the merger plan, will be integrated into VHA’s corporate structure.

The “merger of equals” represents a remarkable rise for industry maverick and billionaire recluse David Teoh, who started TPG in 1992 selling computer parts. Teoh sits on the new board as non-executive Chairman. His desire for market growth through aggressive pricing and acquisitions may well be source of tension in the TPG boardroom, led by the more conservative Berroeta.

It is also something of a comedown for Vodafone’s joint venture in Australia, which has often struggled to make its mark. Iñaki Berroeta, Chief Executive (CEO) of TPG Telekom — moving sideways from his CEO role at VHA — spoke, not surprisingly, in terms of pressing a reset button.

“We look forward to delivering the competitive benefits of the merger to consumers…By bringing VHA and TPG together we will have the ability to drive stronger competition, increase network investment and innovation, and we will be better placed to deliver greater returns to all our shareholders.”

Lots of work to be done

Integration and “synergies” are always easier said than done, of course, and Berroeta and his team will have their work cut out. “One of our top priorities will be optimising the network synergies, including integrating TPG’s spectrum and small cells into the Vodafone mobile network to boost capacity for customers”, Berroeta told The Sydney Morning Herald.

When this network integration might take shape is not clear, and Berroeta acknowledged that the two businesses will “run side-by-side for the time being”.

The merged entity has numerous brands on the go, which seem in need of rationalisation if marketplace confusion is to be avoided. Aside from Vodafone, these include TPG (fixed-line business services), iiNet (“premium” fixed-line customer services), internode (Internet Service Provider), and Lebara (TPG’s prepaid mobile offering via VHA’s network). AAPT is TPG’s wholesale carrier division.

VHA and TPG have high hopes to create “significant” synergies from their merger, encompassing: