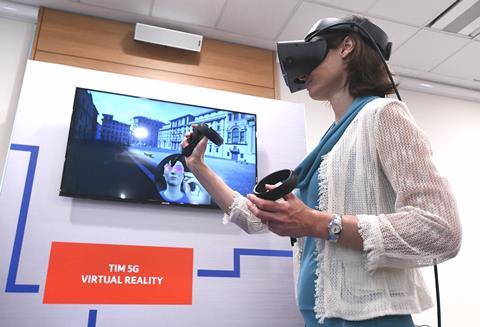 Telecom Italia (TIM) said it had already instigated exclusive talks over a sell‑down of its shareholding in Infrastrutture Wireless Italiane (INWIT), its recently-recalibrated tower joint venture (JV) with Vodafone.

A note in the indebted Italian operator’s results statement for the quarter to 31 March 2020 (Q1 FY20) stated it had received a binding offer from a grouping of investors for an unspecified minority stake in INWIT, and had granted them a concession to thrash out a deal.

The consortium is led by French private equity player Ardian Infrastructure — which has long been mooted as likely to buy into INWIT (Vodafonewatch, #184) — and is also said to feature UK‑based investor Canson Capital Partners.

TIM expects the transaction to be wrapped up by summer 2020, and envisages that the consortium will enter INWIT via TIM Tower HoldCo, the vehicle that controls TIM’s shares in the JV. It billed the talks as a “second wave” of INWIT monetisation beyond the joint flotation of an 8.6% stake in the tower business that TIM and Vodafone performed in late-April 2020, shortly after completing the new JV’s creation (Vodafonewatch, #185).

It is not clear exactly how much of TIM’s 33.2% stake in the JV is on the table but there were indications the talks focus on a 16% slice. This was backed up by TIM’s Q1 slides, which suggested it will be “retaining joint control of INWIT with Vodafone”, despite the sale — suggesting only a minority stake in TIM Tower HoldCo is on the block. In this context, an indirect 16% sell‑down would suggest TIM is seeking to maximise returns without diluting influence on INWIT.

The €800m TIM and Vodafone generated through the April 2020 sale implies the Italian incumbent could raise around €1.5bn by offloading a 16% holding.

Vodafone is not named as involved in the talks in any way. If the sale is indeed solely a TIM initiative, the Group stands to become INWIT’s largest shareholder (33.2%) and senior player in a very varied, multinational ownership set, encompassing both public and private stakeholders. As with the numerous other JVs emerging around the Group’s footprint, as part of its international asset sell‑off, this poses a fresh managerial challenge for its leadership team.