3
Spend: Della Valle dials it up on COVID cost-cutting
Vodafonewatch

Spend: Della Valle dials it up on COVID cost-cutting 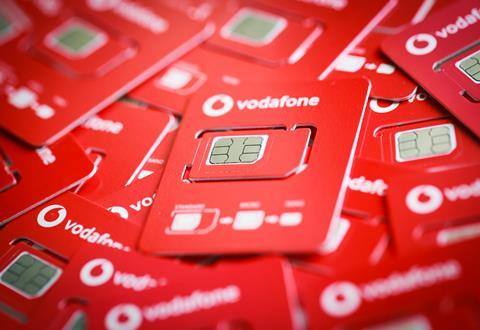 Spend: Della Valle dials it up on COVID cost-cutting

Spend-wise, the key takeaway for Vodafonewatch from the H1 presentation was that the Group — reflecting business’ broader, digital-flavoured response to the pandemic — has stepped up automation- and digitisation-led cost-cutting programmes significantly since the beginning of FY20–21, and the start of the pandemic.

More is to come, too, with Della Valle briefly flagging that the “opportunity is there post-COVID to further accelerate our cost reduction programmes”.

Detail on the nuts and bolts of this step‑up were light, but there was some striking information tucked away in the presentation documents, including:

Della Valle confirmed that in H1, the Group had moved to “accelerate our operating cost savings” and had delivered a net operating expenditure (opex) reduction of €300m — three quarters of its €400m quota for the whole FY, as per the CFO’s recently rejigged, €1bn efficiencies plan for Europe and Common Functions in FY20–23 (Vodafonewatch, #181, #186, and #188).

No in‑market data was broken out, but Germany and the UK have previously been cited as the key markets where Della Valle sees Vodafone as having catch‑up opportunities around opex, versus rivals and peers.

Regarding capital expenditure (capex), there was little sign of COVID‑19 disruption to Vodafone’s investments.

Capex rose significantly in H1 (€3.4bn, compared with €3bn in H1 FY19–20), with Germany again emphasised as the main place Vodafone goes shopping. Bolstered by 2019’s Unitymedia buyout, Vodafone Germany was one of only a few OpCos to report a year-on-year increase in capital spend during H1. Dwarfing all other business’ capex figures, it accounted for more than a third of the Group’s outlay during the six months.