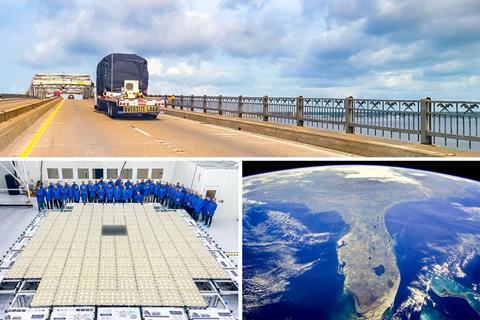 Part-Vodafone-owned satcomms upstart AST SpaceMobile indicated it was looking at a “wide range” of fresh fundraising options amid mounting costs and delays in the set up of its service.

The US-based provider blamed rises in the cost of electronic components, as well as broader inflation and supply chain disruption, as it indicated its Bluebird spacecraft will each cost $2m (£1.7m/€2.0m) more to design and deploy than anticipated.

Chief Financial Officer Sean Wallace, brought in by SpaceMobile in May, said the provider’s management team was “working hard to develop other sources of cash and liquidity, to supplement our activities”.

“ We understand the capital intensive nature of our project, and we are highly focused on exploring a wide range of options in order to sufficiently fund our efforts. ”

So far, SpaceMobile has directed cumulative capex of $124.3m towards the set up of its service — with the majority ($86.6m) of this investment going towards construction of Bluewalker 3, its next prototype satellite, due for launch in September. Some $9.4m of the investment total was made during Q2.

Now, Wallace indicated, the provider is increasing focus on the roll out of the first batch of commercial (Bluebird) satellites next year, and has changed its production plan significantly. Driving up costs was a decision to use more components from Bluewalker 3’s design than originally planned — a move SpaceMobile indicated will speed up manufacturing, but adds to outgoings because of the higher expense of these first-generation components.

“ In addition to this change in the mix of our first 20 satellites, a number of factors, including inflation, supply chain disruptions, design changes, and increases in the cost of electronic components, assembly equipment, launch costs, salaries, and other aspects of our satellite design and assembly activities, has increased the cost to design, assemble, and launch our satellites. ”

SpaceMobile first flagged in April that it was seeking to “opportunistically raise additional capital” to fund commercialisation of its service. Since then, it has already opened up a number of prospective cash sources. In May, it announced a deal to raise up to $75m over the following 24 months by issuing and selling shares to US financial services group B. Riley Principal Capital, and in June it filed to register a mixed-shelf offering, covering the potential sale of $500m of common stock. Following these up was the sale of its majority stake in Lithuanian satellite tech player NanoAvionics, announced in July (Vodafonewatch, #208). The deal is awaiting regulatory clearance but is expected to bring in $27m in net proceeds for the business. Further, Wallace indicated it was in the “advanced stages” of arranging a facility to fund the purchase of manufacturing equipment, and that other capital-raising exercises were being looked at.

SpaceMobile’s Q2 update indicated that the business ploughed through more than a fifth of its cash reserves in the three months, as it ramps up its manufacturing base and launch prep for the Bluewalker 3 prototype. It ended the period with $202.4bn in cash, down from $253.7m three months earlier. Nonetheless, Wallace assured that “we believe this cash is sufficient to support our cash expenditures for more than the next twelve months”.

The provider reported $7.3m in revenue during the quarter, and flagged commercial agreements with three further mobile network operators, including a Memorandum of Understanding with Indonesia’s Smartfren Telecom.

It has highlighted near to 30 MNO deals in preparation for the launch of its service, including tie-ups with Vodafone and rivals MTN Group and Orange. SpaceMobile’s MNO ecosystem — which will help sell Day Passes and other packages to users that need connectivity outside of existing cell coverage — is now said to have a collective footprint of more than 1.8 billion mobile subscribers.

Debut now not expected until late-2023

As well as referencing cost pressures, SpaceMobile’s Q2 results slides indicated further slippage in what has understandably been a moveable launch roadmap:

Vodafone was an early investor in SpaceMobile, and its African business Vodacom Group has priority access when it comes to adopting its system in markets such as Ethiopia, Kenya, Mozambique, and Tanzania (Vodafonewatch, #182 and passim). It has already been testing interoperability of its early prototypes with mobile handsets, and Luke Ibbetson, Head of Research & Development and Technology Strategy at Vodafone, sits on the SpaceMobile Board of Directors, in a mark of the strong interest shown by its Group Technology division’s leadership in the new offering (Vodafonewatch, #204).