SpaceMobile lines up 2022 trials with Vodacom 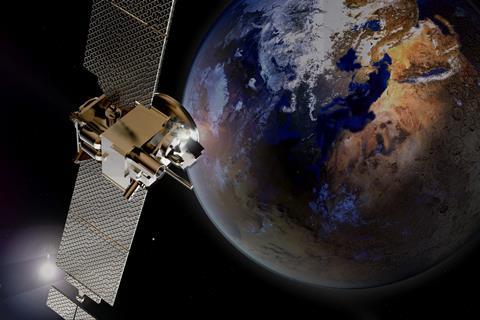 SpaceMobile lines up 2022 trials with Vodacom

AST SpaceMobile, the Vodafone‑ and Rakuten‑backed satcomms startup, indicated it is on course to enter trials with its network operator partners in 2022, despite a delay in the launch of its next prototype satellite.

Chairman and Chief Executive Abel Avellan said the business was making “significant progress” on production of the BlueWalker 3 spacecraft, whose deployment aims to validate its promise of delivering mobile broadband connectivity direct to smartphone users when terrestrial networks are not up to the job.

The giant satellite was scheduled to lift‑off from Cape Canaveral in March 2022–April 2022, but Texas‑based SpaceMobile said it is now seeking to schedule a new launch window of “summer 2022”. The new slot will “provide additional time for BlueWalker 3 testing and final launch preparation”, it added. SpaceMobile gave notice of the change of plan to SpaceX, its launch provider, at the end of November 2021, as well as paying a rebooking fee.

Earlier that month, SpaceMobile had flagged the 2022 launch window was “likely” to be missed, to enable it to complete BlueWalker 3 testing. It had a 1 December 2021 deadline to inform SpaceX if it wanted to change the launch’s timing.

The deployment of BlueWalker 3 is a key stepping stone towards the ‘first phase’ commercial launch of SpaceMobile’s high‑speed, direct‑to‑mobile satcomms offering. Once the satellite is in orbit, the provider has indicated it will enter a six‑month integration and testing programme with its mobile network operator (MNO) launch partners in Africa (including Vodacom Group), Europe, Japan, and the USA.

“ After the deployment is exercised and recorded by the cameras on board, we will be doing network integration testing with our network operators. The first thing will be to calibrate the array to transmit to the ground, and then interconnect to our operators in the USA, Europe, Japan, [and] Africa over a period [of] approximately six months — not only to interconnect our network to theirs, but also to test the service for voice, text, data, and high‑speed connectivity at 4G and 5G speed. ”

SpaceMobile is targeting a commercial launch of its service in 2023, with Vodafone and Vodacom in line to support the move in some initial target markets such as Ghana, Kenya, Mozambique, and Tanzania. Vodafone was an early investor in SpaceMobile, and has already been testing interoperability of its early prototypes with mobile handsets. Luke Ibbetson, Head of Research & Development and Technology Strategy at Vodafone, sits on the SpaceMobile Board of Directors.

News of the delay came as SpaceMobile made a financial update for the quarter to 30 September 2021 (Q3 FY21) — which, owing to the startup’s current lack of a major revenue stream, focused more on operational than financial affairs.

Avellan highlighted that the business is ramping up its manufacturing capacity towards a six‑satellite-per‑month output target from “mid‑2023”, helped by a new Midland, Texas‑based “extension facility” that Avellan said was now “under contract”.

The new production centre, which Avellan described as a “big, big deal” for SpaceMobile, will add to its existing site in the city, about two miles away. Both facilities will be connected by a train line, according to Avellan. The new centre will be “highly automated”, he added.

The provider plans to turn its attention to manufacturing its official line of spacecraft, branded BlueBird, once it has completed integration and testing of BlueWalker 3. It eventually aims to build out a constellation of about 168 satellites, giving it “global” coverage.

Beyond the new factory, SpaceMobile said it had signed a lease for what will become its Maryland Technology Center, which will be its network and satellite operations hub.

Elsewhere during the three months, the company:

Commercially, SpaceMobile’s plan was said to be progressing, with about 23 MNOs now signed up to offer its service, up from 20 at 30 June 2021. The latest trio to come on board include Vodacom arch‑rival MTN Group, as well as Somcable in Somaliland and YTL Communications (Malaysia).

The Q3 session saw Scott Wisniewski, SpaceMobile’s Chief Strategy Officer, give out a few more snippets on how its MNO agreements will end up working in practice.

The provider has previously indicated it will operate with MNOs on a ‘joint go‑to‑market’ basis, with a revenue‑share business model. End customers will be able to activate the service via text message.

A “framework” of packages, which is now being discussed with MNOs, includes:

“We have a lot of flexibility on how to monetise our service”, said Wisniewski.