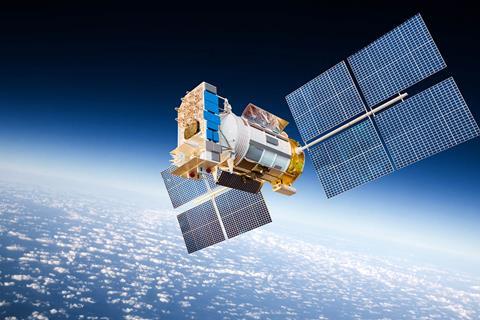 Vodafone is line to add a low-earth-orbit (LEO) satellite layer to its mobile networks in Africa through the Group’s strategic relationship with US venture AST SpaceMobile.

Abel Avellan, Chairman & Chief Executive of AST SpaceMobile, told Vodafonewatch that Vodafone will be one of the early adopters of its international platform, beaming down signals to users when they stray outside of its terrestrial networks’ range.

The first batch of AST SpaceMobile’s 243‑satellite constellation is scheduled to come into operation in 2023, covering territories in Africa, Asia, and Latin America. This phase of AST SpaceMobile’s ramp‑up will involve 20 satellites and focus “around the equator and then we [will] keep going north. So we [will] start around the equatorial countries, where obviously Vodafone have a lot of markets”, said Avellan.

The venture will then extend coverage to European territories and the USA — where AST SpaceMobile has recently been pushing for market access and has formed a teaming arrangement with (Vodafone Internet of Things partner) AT&T, according to Light Reading. “We are now manufacturing our system for launch in a lot of Vodafone markets, but also other markets from other telco partners as well”, said Avellan.

Subsequent to Avellan’s discussion with Vodafonewatch, AST SpaceMobile announced it is embarking on a financial restructuring exercise, to fuel its expansion strategy. The convoluted rejig will see AST SpaceMobile combined with a special purpose acquisition company called New Providence Acquisition, and listed on NASDAQ. When the transaction is closed, Vodafone and fellow existing shareholders in the business will also increase their current equity holdings by participating, alongside certain “financial institutions”, in a $230m (£170m/$189m) private placement investment in AST SpaceMobile. Avellan said the transaction will “solidify our financial profile as we continue to execute on our vision”.

AST SpaceMobile — one of a new generation of ventures based around alternative, LEO- or high altitude-based connectivity solutions — debuted its first satellite in 2019, for tests, and is expected to launch a second in 2021. There have been indications it intends to bring its full constellation into operation by 2023.

Its top-down service will be based on frequencies in common usage by cellular players, and is therefore being pitched as a seamless, coverage-enhancing add‑on to existing mobile networks — thus giving capital-squeezed telcos an operating expenditure-based means to bring their services to more people.

Mobile network operators (MNO) that sign up to use AST SpaceMobile will do so on a wholesale basis, retaining ‘ownership’ of the end‑customer, said Avellan. “It is always a package that is managed and offered by the MNO and we don’t do retail directly to the end‑user”, he stressed. Operators and AST SpaceMobile will share revenue generated via usage of the LEO platform.

Avellan claimed to have gained widespread traction with telcos already, and while in‑country regulatory clearance remains a bureaucratic hurdle for the venture, he said AST SpaceMobile was experiencing a “significant amount of… support” from governments and regulators that are open to new ideas about extending internet access.

“We already have a couple of large markets [where] we have approvals. We have time to do them. Every country and every regulator want to [make sure that there] is universal coverage in their countries. So we’re finding that to be resonating and being very helpful in our cause of getting market access. ”

Avellan confirmed the AST SpaceMobile platform will ultimately offer coverage across the “entire world” — with some satellites commissioned for added capacity and capability in certain areas, rather than to fill gaps.

“We are building the first and only broadband cellular network that will allow regular phones, without any modification to the phone, to connect to space to allow broadband connectivity… regardless of where these phones are… We tend to forget this in the UK and the USA and developed countries, but half of the world’s population do not have internet on their phone. ”

Vodafone appears to have a deep and multi-faceted relationship with AST SpaceMobile, and the unorthodox venture has evidently struck a chord with the Group’s senior management.

Previously transfixed with a premium go-to-market strategy based on so‑called network advantage (remember Project Spring?), Vodafone’s under-pressure leadership has lately been willing to consider all sorts of ideas about how to increase returns by collaborating with rivals and partners. These have included corralling of operators’ 2G/3G spectrum into wholesaler platforms, expansion and enhancement of previously low-key network-sharing arrangements, a return to the virtual mobile operator support scene, and formation of tower-focused strategic partnerships (Vodafonewatch, passim).

As well as being one of AST SpaceMobile’s key commercial partners, the Group has a stake in AST & Science, as revealed by Vodafonewatch earlier in 2020 (Vodafonewatch, #182 and #184). It has also worked with the Texas-based startup on harmonisation of the AST SpaceMobile platform with terrestrial mobile networks, with Luke Ibbetson, Head of R&D & Technology Strategy at Vodafone, sitting on AST & Science’s Board of Directors. “Vodafone is not just an investor”, said Avellan. “We are working very, very closely with them on the technology. We actually designed the technology to make sure that it was compatible from the beginning and we used Vodafone’s leadership in the industry to make sure that that was the case”, he added.

Avellan described the relationship as “very strategic”. “We have commercial agreements already with a lot with a lot of the MNOs, including with Vodafone”, said Avellan. “Vodafone is obviously an investor, but is also expected to be maybe our largest customer or one of our largest customers. And we have binding agreements on how to go to market and we will be announcing that as we get closer to launch”, he added.

Other investors in AST SpaceMobile include American Tower, Rakuten, and investment group Cisneros.