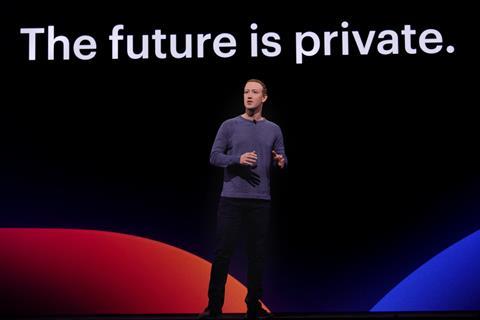 Recent weeks have seen INR 899.9bn (£9.7bn/€10.9bn) of FDI ploughed into Jio Platforms Ltd, Jio’s owner, with private equity group KKR signing off on a deal to acquire a 2.31%‑stake in the Group and Facebook buying a near‑10% holding (see table).

Jio Platforms’ opening up to foreign investors stems in part from an ambitious aim by Mukesh Ambani, the billionaire chairman of Reliance Industries Limited (RIL), which includes Jio Platforms, to become a “zero net debt company” by March 2021. There is still some way to go. As of 31 March 2020, RIL was in debt to the tune of around $44bn (£36bn/€40bn). A lot of that debt was accrued from getting the extensive Jio operation up and running.

Facebook, which owns the WhatsApp messaging platform with about 400 million active users in India, adds significantly to Jio’s digital arsenal. “Few companies have the potential to transform a country’s digital ecosystem in the way that Jio Platforms is doing in India, and potentially worldwide”, claimed Henry Kravis, co‑Chief Executive of KKR.

Facebook seems particularly keen to tap into India’s approximate 60 million small businesses with digital transformation-type services, as well as to develop consumer e‑commerce. Days after announcing its investment in Jio Platforms, Facebook teamed up with JioMart, an online grocery service JV between Jio Platforms and Reliance Retail, and started testing an ordering system on WhatsApp.

Neither will it escape the incumbents’ notice of WhatsApp’s potential as a marketing channel for Jio, enticing VfI and Airtel customers with products and discounts.

Not all doom and gloom

Despite Facebook being ensconced in the enemy camp, VfI and Airtel expressed some confidence about the future. In an article by the Business Standard, there was an expectation that tariffs will continue to rise during 2020 (both companies embarked on price hikes in December 2019). It seems a risky move, however, especially if Jio continues on a path of aggressive pricing.

Intriguingly, an unnamed VfI executive suggested the JV was also willing to sell equity to a webscale company. “The Reliance–Facebook deal will encourage other telcos to seek similar tie‑ups, given that the tide is turning for the sector”, he claimed. He added that telcos will benefit from the rising demand for data in the post‑corona world, “and at least [a] 10% rise in tariffs during the second half of [the] current financial year”.

Rumours circulated in local media of an imminent tie-up between either VfI or Airtel and Google, although VfI denied it was considering an approach.

DoT not going away

India’s Department of Telecommunications (DoT) calculates VfI owes INR 582.54bn for unpaid licence fees and spectrum usage charges accrued since the mid‑2000s (Vodafonewatch, #185 and passim). Discussions about payment timetables have been put on hold, owing to the coronavirus outbreak, but this seems nothing more than a temporary reprieve for VfI and other operators adversely affected by the larger scope of adjusted gross revenue/AGR (which generated the colossal unpaid bill).

Underlining the significance of the Facebook–Jio tie‑up was the release of data showing VfI has now relinquished its subscriber leadership in all three of India’s key ‘Metro’ licensing circles, after being overtaken by upstart Jio in the largest, Delhi.

According to the latest figures from the Telecommunications Regulatory Authority of India (TRAI), VfI retained 17.64 million wireless subscribers in Delhi at the end of January 2020, down from 17.7 million one month earlier. Meanwhile, Jio registered 17.76 million users, up from 17.49 million.

VfI lost its subscriber leadership position in Mumbai a month earlier. Its wireless customer base in the city fell to 13.47 million at 31 December 2019, compared with Jio’s 13.63 million.

VfI’s woes and Jio’s spectacular rate of customer acquisition had previously seen the JV lose leadership in Kolkata during June 2019, and relinquish its overall top spot across India in November 2019 (Vodafonewatch, #177 and #182). The JV has now lost well over 100 million customers since its formation in August 2018.

At the end of January 2020, VfI’s wireless subscriber base stood at nearly 329 million, equating to a 28.45% share, with the troubled JV haemorrhaging 3.62 million customers during the month.

The JV’s rivals fared much better. Jio added 6.56 million users (despite an increase in tariff prices at the end of 2019), to take its base to 376.6 million (representing 32.56% market share). Bharti Airtel and BSNL added 854,262 and 1.22 million wireless customers, respectively. Airtel’s total wireless subscriber base stood at 328.15 million, amounting to market share of 28.38%. With a gap of less than one million customers between the two operators, VfI looks set to imminently slip into third place.