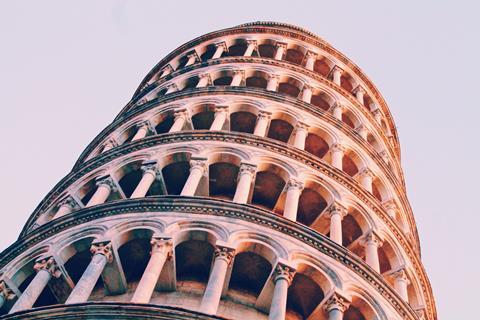 Vodafone received a major boost in its push to extract cash from wireless infrastructure with confirmation that the European Commission (EC) had conditionally approved the absorption of Vodafone Italy’s (VfIt) tower entity into Infrastrutture Wireless Italiane (INWIT), the tower arm of Telecom Italia (TI).

Chiming with earlier suggestions that the transaction would need to be modified to gain a regulatory green light (Vodafonewatch, #181 and #183), the Commission expressed concern that the deal brings a “very large set of towers” (about 22,000) under joint control of Vodafone and TI, raising barriers to other players seeking access to their sites.

Consequently, the EC agreed to a proposal by Vodafone and TI that commits the bulked‑up INWIT to:

An evidently satisfied Vodafone described the ruling as having followed “constructive talks” with the EC, and stated that the concessions “ensure that INWIT can maximise tower utilisation while preserving the ability of Vodafone and [TI] to efficiently roll out their respective 5G networks”.

“The European Commission has confirmed that it is supportive of Vodafone and [TI’s] plans to share active network equipment outside of major cities, allowing a faster deployment of 5G over a wider geographic area, at a lower cost, and with a lower environmental impact. The active sharing partnership will exclude municipalities with populations of over 100,000 inhabitants, as well as their more densely populated suburbs. ”

As well as giving Vodafone confidence to press on with similar joint ventures (JV) elsewhere in the EC, the move provides a helpful, multi‑billion euro boost for the Group in its bid to reduce debt.

As laid out in July 2019 when the deal was originally announced (Vodafonewatch, #178), Vodafone will receive a cash consideration of €2.14bn (£1.94bn) from TI as part of share recalibration involved in refreshing INWIT (which will see both Vodafone and TI holding 37.5% of the new entity, and the remaining 25% listed on the Milan Stock Exchange).

Further, Vodafone and TI have said they will consider jointly reducing their respective ownership levels in INWIT, from 37.5% to 25%, with a consortium led by French private equity group Ardian recently reported to be a leading candidate to acquire that 25% slice (Vodafonewatch, #183). Feasibly, the fact that INWIT will remain a listed entity could also give Vodafone “optionality” to extract more funds from the JV, down the line.