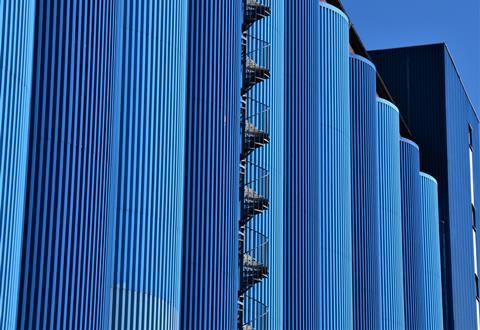 Technology experts from Vodafone and Telefónica flagged shortcomings in cloud‑native technologies. Although containerisation and microservices are firm directions of travel for the two heavyweight operators, both saw cloud-native tech as having some way to go before it was ready for prime time in the virtualisation of networks.

Rabi Abdel, Network Cloud Principal Architect & Senior Manager at Vodafone, applauded industry collaboration work on defining challenges and ‘gaps’ in cloud‑native software approaches for telco environments, but seemed fearful that mistakes made in the past might be repeated.

“Just as interworking was a problem in the NFV [network functions virtualisation] and VM [virtual machine] world, so it’s a challenge in the container world”, said Abdel. An industry priority, he stressed, was not to get sucked into silos and disjointed ways of working if the goal of greater software cost-efficiencies and service agility was to be achieved.

Abdel was speaking on an online panel session, How to implement cloud-native network transformation, as part of the DSP Leaders World Forum hosted by TelecomTV. He warmed to his interworking theme by throwing the spotlight on interfaces with SDN controllers, and the challenge of how to manage infrastructure in a consistent and standard way.

“When the workload is trying to consume network resources, there’s no standard yet as to how that’s consumed”, he said. “Containerisation has been working quite nicely in IT workloads, but we need to apply that to network virtualisation”. Security levels also needed improving, added Abdel, in terms of isolating workloads.

Diego Lopez, Senior Technology Expert at Telefónica, thought Kubernetes — widely seen as the de facto platform for containerisation management and workload orchestration — still had a lot to prove. He likened Kubernetes to OpenStack. In much the same way as OpenStack fell short on meeting all telco requirements for NFV/VM deployment of virtual network functions (VNF), argued Lopez, Kubernetes is likewise not ready to virtualise all network functions. “The challenges [facing Kubernetes] lie more in the data plane than the control plane”, he said.

Lopez seemed confident that Kubernetes will evolve, as was Abdel. “[Kubernetes] is eager to meet telco requirements”, he said. To illustrate the point, Abdel referenced the platform’s heavy involvement in the Cloud native Network Function (CNF) Telecom User Group.

Another important industry organisation, thought Abdel, was the Common NFVi Task Force (CNTT) — a Linux Foundation Networking project — which involves vendors and more than 50 operators “trying to collaboratively create a reference architecture for the containerisation platform”.

For Abdel, however, cloud native implementation cannot depend entirely on software. “Orchestration responsibilities go beyond what Kubernetes is trying to do”, he said. “There needs to be concrete infrastructure. Even containers still require a specific form of underlying infrastructure capabilities to perform the way we expect it to”, he added.

As part of industry efforts to identify infrastructure ‘gaps’, Abdel welcomed contributions made by the Facebook-ked Telecom Infra Project, and particularly the OpenRAN and Open Core Network project groups, in which Vodafone actively participates (Vodafonewatch, #185 and passim).

The relatively new Open Core Network initiative has pledged to develop an “open, cloud-native, and converged core that is a collection of microservices implementing various core network functions”, and is aiming to be ready for lab trials of a 5G use‑case by December 2020.

For operators already heavily committed on NFV infrastructure, it would clearly be ideal if investment in containers and microservices could leverage capital outlays on VM-enabled VNFs.

Abdel seemed non-committal on how far this might be possible. He accepted that a hybrid model will be needed for some time, but reckoned industry was doing a good job — on container run-times, for example, which support VMs — in supporting a ‘dual stack’ approach.

“NFV is not moving away anytime soon. For a successful transformation [to cloud native] it’s extremely important to make sure our architectures, implementations, and internal processes can support both, but with a clear path to shifting workloads from VNFs into cloud native. To do that, more work is needed with [our] vendors and partners.”

If the hybrid approach is to be around for some time, questions will inevitably arise about organisational structures and people skillsets.

Telefónica’s Lopez conceded that getting these two things right might prove tricky, but he advised telco management not to assume that workers are lacking the necessary software skills. Management, he argued, too often pushed back on using DevOps because of a classical mindset trained on RFPs, RFQs, and certification. “The new skills are already there, but just need to be encouraged”, he said.