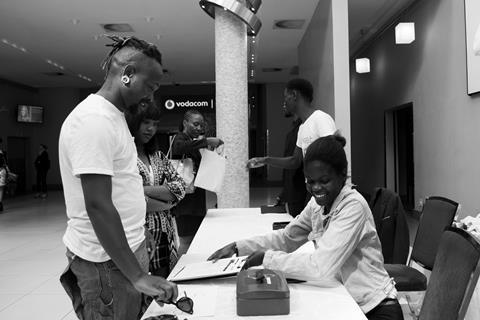 Vodacom Group Chief Executive Shameel Joosub hailed what he called a “solid financial performance” by the South African (SA) operator during the COVID‑19‑ and macro-economically challenged six months to 30 September 2020 (H1 FY20–21), although the African picture was slightly less bright for Vodafone itself.

Overall, the SA Group reported a 7%‑rise in service revenue, in rand terms, across H1 — and an equal level of growth in earnings before interest, taxation, depreciation, and amortisation (EBITDA).

Drivers included the generation of more widespread mobile data usage during the pandemic, contrasting with the fixed broadband resurgence seen in Europe (and no doubt part-fuelled by the data price cuts SA operators were compelled to make earlier in 2020). Remote-working saw data volumes nearly double in SA (+86%) and grow significantly in other Vodacom territories too (+50%).

As with other recent periods, Vodacom South Africa was the mainstay of the Group’s income, keeping things together to record a 7.1%‑increase in service revenue and 9.9%‑boost to EBITDA. Joosub said he was particularly pleased at the “strong performance in South Africa” and that “revenue growth filtered down the P&L”.

Outside of Vodacom’s home market, however, things remained a lot more shaky, with OpCos continuing to be disrupted by various regulatory changes and challenges, including the user registration rule revamp seen in Tanzania (Vodafonewatch, #187 and passim), as well as the macro-economic slump accompanying the pandemic. On a “normalised” basis, Vodacom recorded a 5.2%‑fall in International service revenue across H1, with EBITDA dropping 8.1%.

For Vodafone, the comparative strength of Vodacom’s performance was diminished by the increasingly familiar story of emerging market currency weakness.

When converted to Vodafone’s euro-based P&L, Vodacom’s H1 service revenue actually plummeted 12%, owing to the weakening of the rand seen since the start of 2020 (although with some recovery witnessed since the summer), as well as currencies’ reduced worth in other Vodacom markets.

Strikingly little was said regarding Vodacom’s trends during Vodafone’s own H1 results presentation.

Nonetheless, the Group is continuing to assert that its “strategic focus” is “now 100% on Europe and Africa”, so does not appear — like in other non-European regions — to have changed its thinking regarding Vodacom’s future.

It also continues to talk up its growth opportunities in the “African consumer” space, where the impending revamp of M‑PESA and intriguing recent partnership with Alipay seem to fit well with Vodafone’s emerging, platform-based Tech 2025 strategy (Vodafonewatch, #188 and passim).

While evidently satisfied with the performance, Vodacom’s management tweaked medium-term operating profit growth targets down slightly (from mid-to-high single digits, to mid-single-digits) amid concerns over how the economic fallout from the pandemic will play out for customer demand.

Vodafone Chief Financial Officer Margherita Della Valle flagged the longevity of government support packages, “particularly in Africa”, as a key area of uncertainty for the Group’s top-line outlook for the remainder of FY20–21.