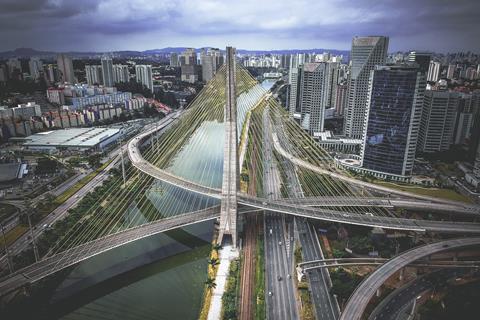 The proposed acquisition of the mobile assets of distressed communications provider Oi moved a step closer with the triumvirate of local operators, Telefónica|Vivo, TIM Brasil and América Móvil’s Claro, securing ‘stalking horse’ status following their period of exclusive negotiations on a deal (Telefónicawatch, #146).

The recognition of the three as a preferred buyer means that the managers of Oi have agreed terms and conditions surrounding a prospective deal with the operators, and a minimum price for the assets. There is now expected to be an auction, although, as stalking horse, the operators will have the right to match or bid above any higher offer, while any other bidder will be expected to match the deal conditions already agreed between Oi and the operators.

The operators have established a deal that would see them collectively pay BRL 16.5bn (€2.6bn) for Oi’s mobile business, which would include BRL 756m to cover transition services to be provided to the buyers by Oi over a twelve‑month period. The bidders have also committed to use Oi’s transmission infrastructure post‑acquisition on a ‘take or pay’ basis. This commitment to a minimum spend on fibre capacity with the seller is being valued at about BRL 819m in an amendment to Oi’s Judicial Reorganisation Plan.

Vivo appears confident that the deal will proceed smoothly, while recognising there is still a slim chance of another bid succeeding. The proposed auction is anticipated by the end of the year, with December 2020 looking to be the likely start date. It may take until the second half of 2021 to complete a deal, however, with a close examination by the regulator and competition authorities expected.

Changes to the Judicial Reorganisation Plan were approved by Oi’s stakeholders following the confirmation of the operators’ bid, enabling the planned auction to go ahead.

The stalking horse model for selling assets of a company coming out of liquidation is a format that has arrived in Brazil from the USA. The thinking behind the approach is that it offers stakeholders a degree of security in terms of the minimum value of an asset, while providing an opportunity to ensure a fair market valuation through the auction process. The stalking horse approach is also said to be particularly suited to situations where an isolated production unit (UPI in local terms) is being offloaded, rather than the entirety of the business — such as is the case with Oi’s mobile assets. While not yet formally recognised by Brazil’s legal system, analysts in the country consider that the appointment of a stalking horse will continue to be acceptable to the courts where it can be shown to be in the best interest of a distressed company’s creditors.

Discussing the deal at Goldman Sachs’ Communacopia Virtual Conference, Christian Gebara, Telefónica|Vivo Chief Executive, was upbeat on the merits of the deal, and appeared confident it would successfully make its way through any review by local competition authority CADE.

In support of his optimism on clearance, Gebara framed the deal as being in the national interest. He considers it is beneficial to Brazil because it is protecting mobile competition by boosting each of the partners in geographic areas where they are currently weaker (with Oi customers split to reflect current market shares), while also providing Oi with the funds to invest in fibre infrastructure as anticipated by its recovery strategy.

Although the Vivo head was bullish on clearance, comments emerging from CADE prior to the latest deal agreement suggested that approval of a move that results in market consolidation may not be a formality (Telefónicawatch, #146).