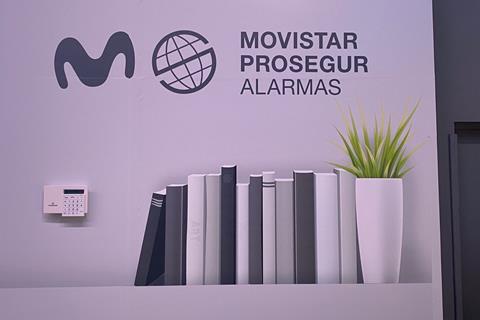 Movistar Prosegur Alarmas (MPA), Telefónica España’s home security joint venture (JV), is hitting its stride on customer acquisition after a crisis-ridden start to operations at the beginning of the COVID‑19 pandemic.

According to results presented by Prosegur, the global security services group and Telefónica’s JV partner, MPA has been adding new customers since end-July 2020 at three times the rate that Prosegur previously achieved in the country. By the end of September 2020, MPA was averaging 10,000 additions per month, according to Prosegur.

The surge in new customers shows that MPA’s business activity is starting to recover after launching at a near-standstill for the first four months of operation. MPA began operations in early-March, which coincided with the onset of the COVID‑19 pandemic and lockdown restrictions that halted trading for many small businesses. Prosegur reported in July that MPA had not been able to meet its initial sales forecasts (Telefónicawatch, #146).

During the weeks following the venture’s launch, attention was diverted away from new services and customer acquisition and instead focused on the economic fallout from the pandemic, in particular closures of small businesses that put customer retention and churn rates under pressure. MPA noted that it did not begin more constructive commercial activity until mid‑June 2020.

MPA was not able to add “any significant number of new clients” for the first four months of the health crisis, according to a transcript of Prosegur’s earnings call for the nine months to September 2020, provided by CQ FD Disclosure. However, Prosegur described MPA’s recent customer growth as an “outstanding milestone” and all the more impressive given that the JV’s “commercial infrastructure… is not yet fully operational, and the market is still partially paralysed, mainly in the small commerce client side”.

Telefónica Chief Operating Officer Ángel Vilá mentioned the JV in response to an analyst question on the Group’s Q3 earnings call and indicated that it contributed to bolstering and diversifying average revenue per user (ARPU) in the Spanish consumer business. “Our ARPU is made of more services per customer than the ARPU of some of our competitors. And we continue adding new services to appeal to our customers. For instance, our home security solutions in the joint venture with Prosegur are getting spectacular traction”, he said.

MPA signalled in October 2020 that it was entering a new commercial phase and that it could start to focus on developing new services with the launch of a personal security service called ContiGo (“With You”) (Telefónicawatch, #148). The new service combines Telefónica’s network connectivity with MPA’s home alarm application.

With the JV’s creation, Telefónica is taking a more robust approach to integrating security services into its wider offering. The operator was forced to shutter a former Movistar VeriSure Hogar smart-security solution in 2018, which appeared to be prompted by the withdrawal of services from Prosegur rival Securitas Direct (Telefónicawatch, #98 and #127).

The apparent go-to-market traction for MPA appears to have spurred Telefónica’s rivals into action. Vodafone Spain was recently reported by Expansión to have signed a strategic marketing agreement with former Telefónica partner Securitas Direct, which would mark Vodafone’s entry to the Spanish household security market. MásMóvil, meanwhile, was reported by Cinco Días to be teaming up with retailer El Corte Inglés on home security solutions.