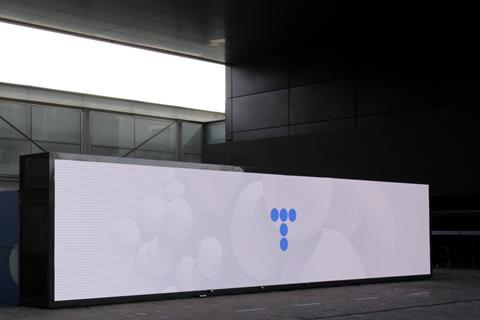 Telefónica Tech established an Advisory Board to steer the division towards its organic and inorganic growth ambitions.

The board’s objective is to “accelerate growth and improve competitiveness”, while cross‑industry representation among its members will enable “enriched strategic debate”, Telefónica said.

José Cerdán, Chief Executive at Telefónica Tech, believes the newly created board reflects the Group’s “commitment to digital business as a vector for the company’s strategic growth”.

Cerdán is Chair and President of the twelve‑strong board, which features familiar faces from across the Group alongside external advisors with Telefónica experience.

Four names from Telefónica Group’s Board of Directors were given representation, suggesting something of the value the Group places on the strategic direction of Telefónica Tech. Those are Juan Ignacio Cirac, Director at the Max Planck Institute for Quantum Optics; Verónica Pascual, CEO at ASTI Technologies; Claudia Sender, who holds a number of board seats in Brazil and Spain; and Telefónica Group Chief Operating Officer Ángel Vilá.

The final two appointments are Alejandro Romero and Isabel Fernández, both of whom are new to the operator’s inner circle.

Romero is co‑founder and COO at Constella Intelligence, which was born out of the 2020 merger between Alto Analytics and 4iQ, the latter of which earned Telefónica investment in 2016 and now sits within the Telefónica Tech Ventures startup portfolio (Telefónicawatch, #110).

Fernández, Rector at Madrid’s Universidad Alfonso X El Sabio, represents the academic community on the board. She sits on the Scientific Council at the Fundación Mutualidad Abogacía School of Thought and on the Technical Advisory Board at cyber‑risk modelling specialist DeNexus.

The Telefónica Tech division, established in late‑2019 to spearhead the operator’s digital transformation, was set up to build — and buy — its way to growth in three key areas: big data and the cloud, cybersecurity, and Internet of Things (Telefónicawatch, #139).

Since its formation, the division has delivered on promises to be acquisitive, most recently in the purchase of engineering group Geprom. Building on a partnership between the pair since at least 2019, Telefónica Tech’s acquisition of the Spanish business closed a busy 2021 which also saw the integration of 2011 acquisition acens and buyouts of Altostratus and Cancom UK&I (now renamed Telefónica Tech UK&I — Telefónicawatch, #154, #156, and #158–#161).