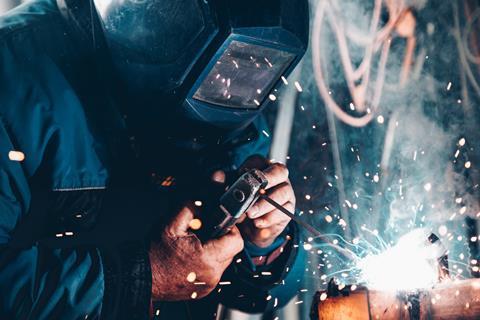 The two buyouts follow a clear pattern, with both acquired businesses already sitting in the Telefónica partner ecosystem, as well as previously receiving investment from Group innovation unit Wayra. They also provide distinct capabilities and services that can complement and incrementally expand the threat detection and response portfolio of Telefónica cybersecurity unit ElevenPaths.

Miguel Arias, Global Entrepreneurship Director at Telefónica, said (via El Referente) that the relationship with iHackLabs had presented “so many synergies” between it and Eleven Paths that the acquisition was a “natural step”. The buyout, he said, “validates Wayra’s investment model” while also helping Telefónica to “achieve greater scale in this business area”. José Cerdán, Chief Executive of Telefónica Tech, the operator’s digital services division, joined iHackLabs’ Board of Directors in August 2020, a few weeks ahead of the announcement.

There were suggestions this pattern could continue to recur. In its statement on the Govertis buy, Telefónica stressed that its “organic and inorganic cybersecurity capabilities” will “continue to increase in the coming months in order to strengthen the company’s position as a leader in the security sector in the countries in which Telefónica operates and in other new markets”.

Building out from defence: Germany, UK, and USA in sights

Telefónica Cybersecurity Tech is thought to employ about 2,500 staff, having taken over management of ElevenPaths and other assets within the Group’s Telefónica Ingeniería y Seguridad division. The operator indicated at its latest results presentation in July 2020 that the unit was established as a separate legal entity in June 2020, and was expected to start operations in August 2020 (Telefónicawatch, #146).

In its last fiscal year, to 31 December 2019, Telefónica posted a 26.5% increase in security‑related services revenue, to €497m — but evidently has plans to scale out its business further, with the new division in charge of affairs (and potentially receiving investment and/or striking strategic partnerships with other players in the space).

As well as bulking up operations and filling out its portfolio, this push includes plans to grow geographical reach, with target markets including Telefónica’s four core territories (Brazil, Germany, Spain, and the UK). The USA is also believed to be in the frame for expansion, with Telefónica executive Maximiliano Lewinsky appointed a cybersecurity-focused Country Manager for Germany, the UK, and the USA earlier in 2020.

In the UK, where historically security has not been a major focus for Telefónica, there have already been indications it is tooling up for expansion. A new entity called Telefónica Cybersecurity Tech UK was registered with the UK’s Companies House in March 2020, and will be based out of Telefónica UK’s (O2 UK) campus in Slough. Ostensibly, it is being overseen at board level by O2 UK Chief Executive Mark Evans and Chief Financial Officer Patricia Cobian, despite the apparent centrally led go‑to‑market drive underpinning its creation.

As well as having designs on the UK, business‑to-business cybersecurity services were identified, alongside cloud and Internet of Things (IoT) offerings, as a key element of the growth strategy for the proposed O2 UK–Virgin Media merger (Telefónicawatch, #143).

Telefónica’s new approach to security expansion could be replicated, at least in part, in the big data, cloud, and IoT markets — which, along with security, underpin the digital services expansion plans of Telefónica Tech (Telefónicawatch, #146, passim).

Telefónica Cybersecurity Tech‑style holding companies are being set up by the Group with the aim of attracting outside investors and more effectively monetising the operator’s expertise. A recent report by La Informacion indicated the new umbrella companies could be established by the end of the year, and Morgan Stanley, previously identified as a key adviser in Telefónica’s restructuring (Telefónicawatch, #140), is helping identify potential investors.