Telefónica steps back from Colombia auction 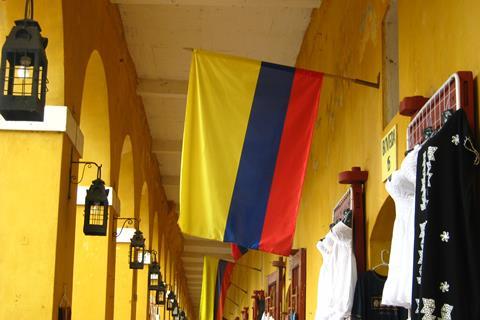 Telefónica steps back from Colombia auction

Telefónica Colombia made no bids in the country’s most recent 4G spectrum auction, despite taking preparatory steps to participate in the 20 December 2019 process.

Colombia’s Ministry of Information Technology and Communications (MinTIC) announced that the auction had raised “more than COP 5tn” (€1.3bn) from three participants, with Telefónica remaining on the ticket but not making a single bid.

As a consequence of the limited number of bidders, the auction ended without all available spectrum licences being distributed. The final results were:

The proceeds will go towards improving rural 4G coverage, according to MinTIC, with final spectrum allocations expected by the end of February 2020.

The original format of the auction, which did not include reserve prices, had been a cause of controversy in late‑2019 with several operators, including Telefónica, choosing not to register their interest and prompting a u–turn by the authorities (Telefónicawatch, #139).

Despite the changes, Telefónica cited high prices as its reason for non‑participation (the prices at Colombia’s auction were said to be around double that of other South American countries), and it said in a statement that it would instead invest in its existing infrastructure to improve services.

Given Telefónica’s broader divestment plans for the region under its newly formed Telefónica HispAm arm, it is perhaps unsurprising that it decided to hold back. It is also worth noting that, in the period following the auction, press rumours have linked Novator Partners, which was among the winners of spectrum, with a bid for Telefónica’s assets in Colombia (see separate report).