Telefónica on board with 5G emergency comms project 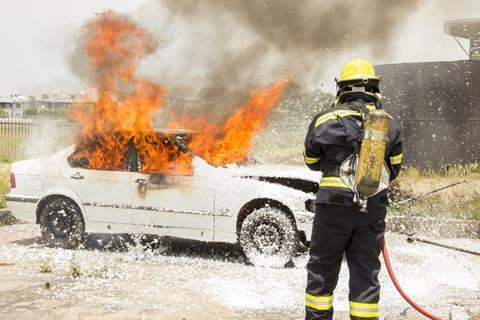 Telefónica on board with 5G emergency comms project

Telefónica lent its support to a proposal for a 5G-based comms and collaboration system for Spain’s emergency services, submitted by European Commission (EC)-funded research project INSPIRE-5Gplus.

INSPIRE-5Gplus’ proposed network-slicing solution, dubbed 5G Rescue, was chosen by Telefónica and two partners as one of ten winners of the “best artificial intelligence initiatives with social and ethical impact” contest in Spain.

It is aimed at “reconfiguring 5G infrastructure in real-time”, thus enhancing network performance for fire engines, ambulances, and other emergency service vehicles. The solution will also reportedly enable a “high-definition, low-latency” video collaboration platform so emergency workers can relay information to operational command bases via voice and video link.

INSPIRE-5Gplus, tied with the University of Murcia (UMU) in south-eastern Spain, is now set to pilot the solution together with the Murcia City Council, but no further details were disclosed.

Telefónica building relationships to show bright side of AI

The contest was organised by Telefónica in partnership with Spanish business news outlet Compromiso Empresarial and research and development observatory OdiseIA, which is said to focus on facilitating the ethical and responsible use of artificial intelligence (AI)-based technology.

As part of its efforts to promote high ethical standards in “practices in AI”, OdiseIA launched an initiative called GuIA una iniciativa de OdiseIA (GuIA) in late-November, with Telefónica listed as one of its key partners. GuIA is also backed by Google, IBM, Microsoft, and the Spanish government.

Developing AI ethical principles and standards in service delivery was something Microsoft’s Chief Executive Satya Nadella and Telefónica CEO José María Álvarez-Pallete claimed was one of their joint goals when they announced a strategic partnership at Mobile World Congress 2019 (Telefónicawatch, #133).

5G under the microscope

INSPIRE-5Gplus is a three-year initiative that kicked off in November 2019. The European Commission has invested approximately €632,000 (£570,000) in the project under its (outgoing) research and innovation programme Horizon 2020. The project is also tied with, and has received a €434,000 (£391,000) investment from, the Group’s research and development subsidiary Telefónica I+D. It has 13 European partners in total, including French operator Orange.

Telefónica has participated in a number of Horizon 2020-backed projects since its get-go in 2014, especially with a focus on testing 5G applications in vertical industries such as automotive and healthcare (Telefónicawatch, #123, #128, #143 and passim).

Via startup support arms Wayra and Open Future, Telefónica has shown significant interest in e-health solutions of late, including when linked to connected and autonomous vehicle systems like 5G Rescue. Ties with UK-based smart ambulance solution startup Visionable — which is now reading itself for nationwide rollout — is one such example.