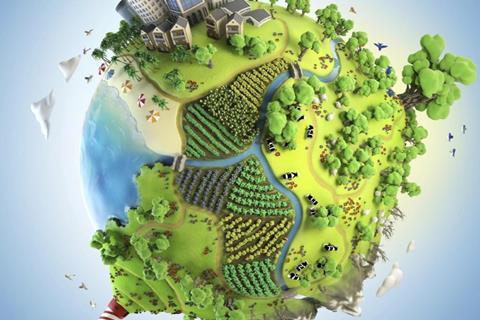 Telefónica presented its Circular Economy Plan as it redoubles its sustainability drive and increases commitments to achieve zero-waste targets by 2030.

The Plan aligns the operator with the GSMA’s Strategy Paper for Circular Network Equipment, published this month, which called on the telecoms sector to implement recycling programmes for spent equipment.

Telefónica aims to achieve 100% “reusing, reselling, or recycling” its network equipment by 2025. The Circular Economy Plan adds to that commitment with plans to reach “Zero Waste by 2030” by building in kit repair and refurbishment programmes.

Under the Plan, Telefónica aims to:

Telefónica claims to have already started some of these initiatives. By 2021, it said, the operator had “reused” just shy of five million pieces of electronic equipment, including 300,000 mobile phones, and recycled 98% of its waste.

The commitments supplement the decarbonisation objectives outlined by the Group in its 2021 report titled ‘A connected world, a sustainable world’. The paper tied the operator to the United Nations’ 2030 Agenda, which uses the Sustainable Development Goals to inform a number of objectives including using renewable energy and becoming a zero-waste company. Telefónica’s latest announcement adds a deadline to the latter target.

The commitments, linked to the GSMA’s industry-wide call for circular economy initiatives, come two weeks after Telefónica was used as a case study in the GSMA’s related paper.

Enrique Blanco, Chief Technology & Innovation Officer at Telefónica Group, was quoted in the report lauding the benefits of a circular economy. “From design to recovery and reuse of equipment, it provides both economic and environmental benefits”, he asserted.

The GSMA used Telefónica Mexico’s network decommissioning effort as an example of circular economy-by-design. The operating business is dismantling part of its mobile network and reusing 30% of the kit to support rollouts in Mexico and elsewhere across the Telefónica footprint.

The Mexico example utilised the Group’s MAIA digital platform. Launched in late-2020, it incentivises the reuse, recycling, and reselling of kit. MAIA “provides visibility of demand and supply of network equipment across countries”, Telefónica said, and connects external partners to enable kit reuse if an internal use is not found.

In a blogpost this morning, the Group published an ambition to leverage technologies such as 5G, artificial intelligence, and IoT to “reduce consumption”. Telefónica cited a 5G PPP paper that found the technologies could enable energy savings of some 90%.

Telefónica bundles its various sustainability drives under the environmental, social, and corporate governance banner. The Group has sought to promote its ‘green’ credentials as among its ESG priorities, with its sustainability-linked bonds perhaps the foremost example of its commitment. The Group issued €5.5bn (£4.6bn) of ESG-linked financing so far in 2022, taking its total to €8.75bn. The packet is linked to climate objectives, including carbon footprint reduction and R&D in related technologies.