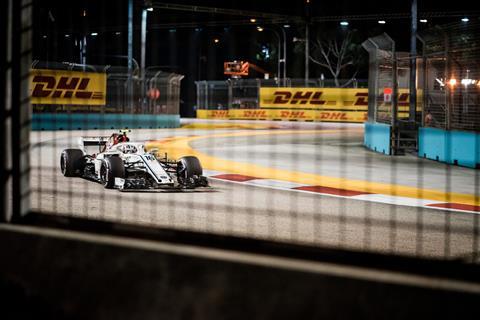 Telefónica España indicated it expects to successfully defend its ownership of the rights to broadcast Formula One (F1) motor racing in Spain when its existing deal expires at the end of the (currently disrupted) 2020 season.

Following initial reports in the Spanish press that suggested over-the-top broadcaster DAZN could be plotting a competing bid for the next package of rights, website SportBusiness quoted an unnamed Telefónica executive as saying that the telco is pursuing a deal and that “we have been the broadcast rights-holder of F1 in Spain [for] many years and we want to be next season too”.

The cost of the rights could escalate, with a figure of €100m for a three year deal cited in reports, compared to a value of €65m attached to the last agreement. However, Telefónica may have additional leverage in negotiations if the current F1 season struggles to complete the minimum number of races needed to validate the final year of its contract with the Spanish operator.

The prospect of competition with DAZN arose with newspaper El Periodico noting it would be “logical” for the challenger to attempt to secure the rights, rounding out its existing package of motorsports coverage in the country. This already includes MotoGP and several endurance events.

However, DAZN has already seen its ability to compete in tough auctions hampered by the coronavirus pandemic, and recently stepped away from bidding for UEFA soccer rights in Spain, unable to match Telefónica’s firepower (Telefónicawatch, #142).

DAZN’s management would only describe the reports of its interest in F1 as “speculation”. It should also be noted that the emerging player has furloughed staff, and was quick to warn the sporting authorities it already works with that further payments for rights would be delayed until the events schedule returns, underlining its challenged circumstances.

Telefónica is unlikely to be willing to cede the rights easily, with expectation building that interest in the sport will be elevated in Spain from the 2021 season with Spanish driver Carlos Sainz joining the high-profile Ferrari team.

Content is at the core of Telefónica’s digital transformation, and while the F1 competition is a more niche interest than top-tier football, exclusive content is likely to be an important element of protecting its higher value customer base — a market segment that the operator prioritises in periods of economic hardship when price competition becomes more intense.

The anticipated new deal may also include a more ambitious broadcasting experience. Under the current national broadcasting rights deal, F1 TV Pro, an OTT service from Formula One that includes access to on-board cameras, live data streams and multiple commentary options, is not available in Spain.